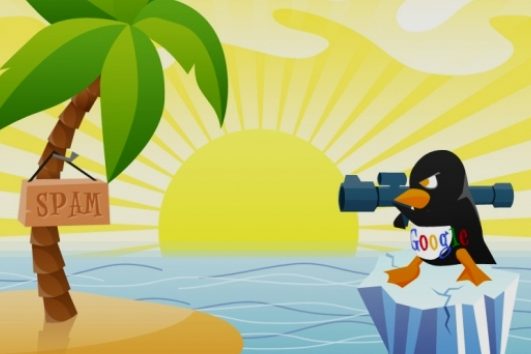 Google released a webspam update (now officially referred to as the “Penguin Update”) last week which has a lot of website developers, bloggers, search engine optimization (SEO) marketers, and owners wondering what happened to their page rankings.

Although the Google Penguin update was primarily targeted towards down-ranking websites that engage in spammy practices like keyword stuffing, link schemes and doorway pages, many Penguin update victims claim that several of their page rankings were devastated despite strict adherence to Google’s quality standards.

Despite some strange behavior for certain popular search queries, Google isn’t admitting any fault with the Penguin update and is instead offering users a couple of web forms – one for reporting spam, and another for those who feel that their own sites have been unjustly penalized by the far-reaching update.

A Form for “Unfair” Downranking

“If you know a site affected by algo update that you don’t think should be affected, we made a form to provide feedback.” That’s Matt Cutts on Twitter, sharing a link to a feedback form that you’ll want to fill out if you never engage in any black hat SEO practices but your site lost ranking on or after April 24th anyway. You’ll need to provide the URL of the exact page affected by the update, the query that provides the results with which you’re unhappy, and any additional comments regarding the issue.

Careful handling of the “Comments” section may be key to the ranking recovery of your site or page. Instead of taking an overly defensive attitude, calmly explain a little about your site and the fact that you haven’t knowingly engaged in any spammy practices.

A Form for Reporting Others

The other form Google is pointing angry post-Penguins to is a standard form for reporting webspam that isn’t specific to the Penguin update. In that form, you’ll need to click the Report Webspam button, enter the URL of the improperly ranked page, enter the query for which the page shows up, and provide any additional details. Google says to include the word “Penguin” in the details, probably for organizational purposes.

Although some SEOs question the ethics of “outing” someone else’s site for ranking higher than it ought to, in many cases the other site won’t mind. Take, for example, the .edu sites that were ranking on the first page for the query “viagra” in the immediate aftermath of Penguin. Since these sites have nothing to do with Viagra and probably wouldn’t want to rank for it anyway, reporting the strange behavior is win-win for all parties.