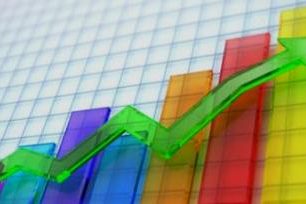 Microsoft’s Bing announces their search engine list of the top search trends for 2012, and it’s about double the size of last year’s list.

Although most of the 19 Bing search categories are strongly focused on pop culture – they kind of have to be, since a search trend can’t make it to the “top” unless it’s popular – they still serve as useful information to creative site owners and internet marketers within any niche. By knowing what the popular trends were this year, you will have a better understanding of the types of cross-over content that could attract visitors to your website in 2013.

Celebrities always rank among the top search targets, and 2012 was no different. Kim Kardashian was the most-searched-for celeb, while Justin Bieber, Miley Cyrus, Rihanna and Lindsay Lohan weren’t far behind. Bieber was actually the only male to make the top 10 search celebs in 2012 and 2011, and the list of most popular musicians was awfully similar. Washington D.C was no match for Hollywood, since Barack Obama and Mitt Romney only came in at spots 46 and 43, respectively.

Peyton Manning was the most popular athlete on Bing, followed closely by Tiger Woods and Tim Tebow. The sports category was dominated by men, though Serena Williams and Maria Sharapova made appearances. Serena was also the most-searched-for Olympic athlete. Gymnasts McKayla Maroney and Gabby Douglas were 5th and 8th, respectively. Beyonce and Jay Z’s baby was the most popular celebrity event of the year, beating Whitney Houston’s death (3rd), Coachella (6th) and the Academy Awards (10th).

The iPhone 5 was the biggest news story on Bing this year, beating both the 2012 Elections and the 2012 Olympics. Hurricane Sandy picked up the fourth spot, followed by the TLC Show “Here Comes Honey Boo Boo” and the Youtube sensation Gangnam Style. The Kindle Fire HD narrowly beat the Facebook IPO for the 9th most popular news story of the year.

Not surprisingly, Facebook and Twitter were the two most popular social media sites on Bing in 2012. More shocking was the fact that Myspace was searched for more often than LinkedIn, not to mention Tumblr, Instagram, Reddit and StumbleUpon. Digg fell to the 9th spot, while Klout held on to position number 10.

The Consumer Electronics category was dominated by mobile devices, with seven of the top 10 being tablets or smart phones and 5 being from Apple. The iPhone 5 was obviously on top (pretty hard to win the News category without winning the Consumer Electronics one), and the iPad came in a close second. Places third through tenth included the Samsung Galaxy S III, Kindle, iPad 3 (a product that technically does not exist — we’re currently on the second revision of the “New iPad,” remember?), iPod Touch, Xbox, PlayStation 3, iPhone 4S and Windows 8.

Other Search Trends for SEOs

One of Bing’s 19 search categories is devoted to “other interesting search data for the year,” and it may prove to be the most interesting category for SEOs. If your niche is finance, you’ll be intrigued to know that the most-searched-for economic terms included Groupon, coupons, daily deals and deals. Search terms like credit union, loan and real estate agent were also quite popular.

The most popular tech application of the year on Bing was Pandora, followed by Words with Friends and I Heart Radio. In general, mobile apps related to games, music and social media were among the top searches on Bing.

Finally, site owners whose niche is related to health and fitness should find it interesting that Weight Watchers was searched for more than any other diet program. Weight lifting was surpassed by yoga for the most popular workout, while Jillian Michaels received more searches than any other personal trainer. The Paleo diet also skyrocketed in popularity, moving up about 36 places from 2011 to 2012.