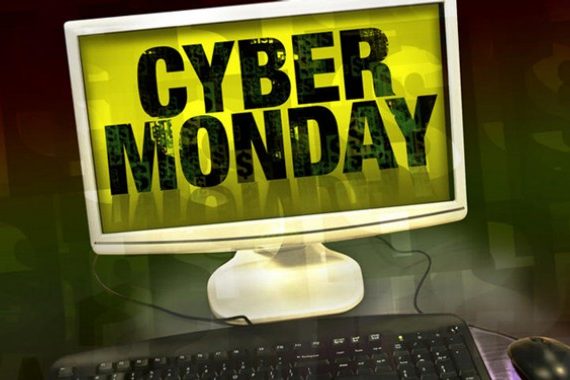 A new press release published by comScore reveals that Monday of this week – Cyber Monday, in case you somehow managed to miss it — was the biggest online shopping day in history.

A total of $1.465 billion was spent on online purchases on Cyber Monday, exceeding most economist estimates. So far in the holiday season (meaning November 1st through November 26th), shoppers have dropped $16.4 billion on online purchases, 16% more than 2011. If you’re an online retailer and you didn’t bother with any promotions this year, you might want to rethink your strategy for 2013.

Big Increases in On-Line Spending when Compared to 2011

Cyber Monday wasn’t the only day to see a major uptick in online shopping sales so far this holiday season. Online shoppers spent $633 million on Thanksgiving Day, up 32% from 2011, which probably had something to do with the glut of retailers that started their Black Friday sales on Thursday. On Black Friday itself, consumers spent over $1.04 billion online, up 28% from the year prior. Over the Saturday and Sunday prior to Cyber Monday, online sales exceeded $1.18 billion, a 15% from 2011.

In terms of specific categories for Cyber Monday sales, Digital Content and Subscriptions was the biggest gainer with 28% more sales in 2012 than in 2011. The Consumer Electronics category benefited as well with 24% more sales, followed by Computer Hardware, Video Games and Jewelry/Watches, with gains of 22%, 18% and 17%, respectively.

IBM issued its own report on Cyber Monday sales, with a focus on how mobile devices fit into the equation. Their report indicates an even bigger increase of 30.3% in Cyber Monday sales for 2012 over those recorded in 2011. Shopping for the day hit its peak at 11:25 AM EST, and the average order placed was valued at $185.12.

Although this was slightly lower than in 2011, it’s because shoppers were spreading their spending out across more retailers. With so many offering free shipping, it only made sense to hunt around for the best deals on individual items, even if that meant getting out the credit card many times throughout the day.

IBM broke up its retail categories a little differently than comScore, finding that the biggest gainer of the year was Department Stores with 43.1% more sales than in 2011. Home Goods sales rose by about 26.8%, while Apparel orders increased by 25.3%. Accounting for all categories, the average Cyber Monday shopper purchased 8.34 items per order.

Interestingly, IBM found that 12.9% of all Cyber Monday sales were completed on mobile devices. This is an overall increase of a 96% over 2011, a staggering figure indeed. About 58.1% of these purchases were made on mobile phones, while the other 41.9% were placed on tablets, including the iPad, Kindle Fire and Nook.