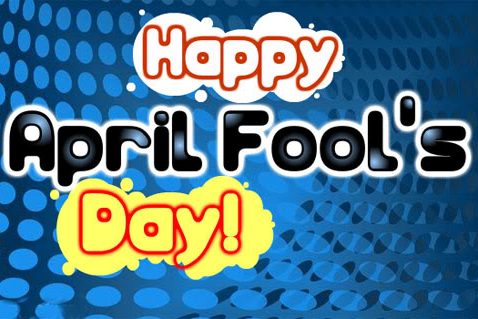 If you logged online yesterday morning and forgot to check your calendar, you may have had some pressing questions. Is YouTube really shutting down? Is Google going to start allowing users to search for smells? As you’ve realized by now, no, the sky isn’t falling – it was just April Fools day.

Companies from all over the search and internet marketing realm took it upon themselves to get in the spring spirit by playing pranks on their visitors, and we’ve got some of the highlights below, courtesy of Search Engine Journal.

Perhaps my favorite April Fools day prank was YouTube’s. The company claimed to be finally shutting down after 8 years in order to “pick the winning video.” Of course, since there’s so many videos to choose from in deciding the “best video on YouTube,” the winner won’t be announced until the site’s 2023 relaunch – at which point it will feature the winning video and nothing else. The big winner gets an “MP3 player that clips to your sleeve.” Ha!

If you’ve spent any time using Street View in Google Maps, you’ve probably checked out your own house – and you were probably disappointed to find that the picture was already a few years old, missing the awesome renovations you completed last summer. Google SCHMICK is the (April Fools) answer! Google explains it like this: “Forgot to mow the nature strip? Deck it out with some fresh buffalo grass. Front steps falling down? Swap them out for doric columns and a pergola. Graffiti on the front fence? Cover it with so many palm trees people will think they’re on the Vegas strip.”

What were your favorite April Fools pranks yesterday? Let us know in the comments below.