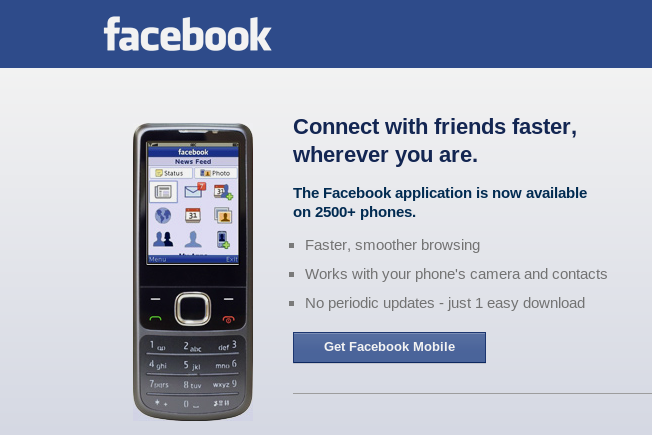 The internet was swept up yesterday morning in rumors about the potential announcement of a Facebook phone, long awaited by analysts who expected Facebook to enter the hardware market to compete with Apple, Samsung and other smartphone makers.

At the same time, many thought that could be potentially disastrous for Facebook, given how competitive the smartphone arena is already. Facebook CEO Mark Zuckerberg avoided potential disaster yesterday afternoon by announcing that the company isn’t releasing a phone, but rather a new home screen for Android devices.

The intent of Facebook Home will will be to make it easier for their users to access their Facebook account – however will it also make it more difficult to reach Google at the same time?

Facebook Home: A Little More Digging to Get to Google Search

Danny Sullivan over at Search Engine Land certainly thinks so, though he believes it’s a result of an oversight on the part of Facebook as opposed to an intentional design choice. In fact, Sullivan mentions that Zuckerberg is very pro-Google, and that his intention isn’t to impact the overall search experience on Android devices.

The problem is that, before Facebook Home, performing a Google search on an Android device was as simple as unlocking the device and clicking the Google search bar at the top of the screen. Once Facebook Home is enabled on your phone, however, you won’t see a search bar after unlocking your device. Instead, you’ll need to click the picture at the bottom of the screen, drag upward on your application drawer, and finally click the search bar at the top of the app drawer. Three steps instead of just one, not counting unlocking your phone.

Not really, as long as you have a newer Android device. If you have an older phone (even as new as a Galaxy S3, which was only released in May of 2012), considered a “non-Facebook Home Partner device,” you won’t even see the search bar in your app pane. Instead, you’ll need to launch Chrome and enter your search query from there. Not very convenient at all if you’re accustomed to simply unlocking your screen and searching. However, if you use Facebook more than you use a search engine, you might like the change since you’ll be able to update your status by tapping the area where the search bar used to be.

Sullivan quotes Zuckerberg as saying that Facebook Home is designed to add to the current Android experience, not replace a very useful feature that’s already there. It seems likely that an update is forthcoming to make room for the search bar in Facebook Home, at least on newer devices.

For more on Facebook Home, check out the excellent FAQ posted on CNET.