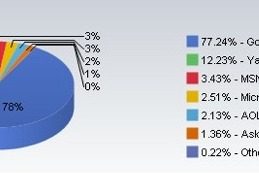 New comScore data is now available with insights on search engine market share data in the United States for July of 2013. Google was the month’s big winner at the expense of Yahoo, Ask and AOL. Bing was immune to Google’s gains, however, were flat.

A total of 19.376 billion core searches were conducted on search engines in total in July, up from 19.232 billion in June. As we approach autumn and the cooler temperatures that come with it, we can expect core search figures to raise each month and top out toward December when online holiday shopping hits its peak.

Here’s a quick look at search market share figures for the five biggest search engines, as well as their percentage point change since June 2013:

As usual with comScore search market share data, the figure for Bing actually includes all Microsoft sites, such as msn.com.

Compared to this time in 2012, search market share figures haven’t changed much at all, though Bing has shown up as the biggest winner overall. Specifically, Google has risen 0.2%, Yahoo has dropped 1.7%, Ask has sunk 0.4%, AOL has fallen by 0.3%, and Bing has reaped the rewards by rising 2.2%. Although this isn’t enough movement for Google to be worried about its wide margin of dominance, it could be considered a reason for Microsoft to celebrate – until you consider the fact that Yahoo and Bing have been engaged in a search partnership over this whole period, and Yahoo’s losses nearly cancel out Bing’s gains.

As mentioned, 19.376 billion searches were conducted in total in July. This breaks down to the following: