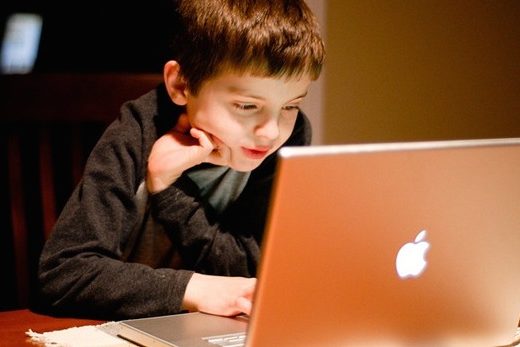 Google Accounts for Children Could Be On Their Way

In order to comply with the Children’s Online Privacy Protection Act (COPPA), companies like Google, Facebook and Twitter typically do not allow children less than 13 years of age to use their services without parental consent. One of the problems with the system, however, is that it’s relatively easy to fake your age when signing up for an account. Also, it’s no secret that parents have been increasingly creating accounts for their kids.

These factors have now led to reports that the search giant is actually developing parent-controlled Google accounts for children.

According to the Wall Street Journal, Google had already begun developing a kid-friendly version of YouTube earlier this year. Reports indicate that the parent-controlled YouTube would be suited to tablets, allowing Google to possibly tap into the very lucrative educational market. For example, Google’s Chromebooks are affordable laptops that could potentially be great in classrooms. As of now, however, Chromebooks center entirely around Google apps and services. Once children can legally have access to adult-controlled Chromebooks, the laptops could become fierce competition for the iPad in educational settings. Google accounts for children could also include the search giant’s incredibly popular email service, although it’s not yet clear exactly how Gmail would function for children under 13. Speculation has arose that children’s Gmail accounts could be linked to their parents’ email.

The exact number of children who are under 13 and already using Google products is not known. The numbers for Facebook, however, were revealed in 2011. According to a study conducted by researchers from several different universities, 55 percent of people who had a 12-year-old child knew that he or she was on Facebook. Thirty-two percent knew that their 11-year-old had a Facebook account, and 19 percent of parents knew their 10-year-old had one. In fact, 68 percent of parents whose children were aged 13 and under actually helped the kids create an account. Assuming that the numbers for Google are somewhat similar, it would be better to create parent-controlled Google accounts for children rather than having them illegally use the regular services, right?

Not exactly, according to some sources. Many privacy watchdogs are not thrilled with the idea of encouraging young children to create accounts with Google, even if the accounts are controlled by parents. Watchdogs state that not only is privacy a big concern, but targeted marketing is also a problem. They claim that it would be unethical to target children with such things as junk food ads or ads for other products that could be harmful. While some reports indicate that parents will be able to control the types of data that Google collects about their children, privacy activists state that the process would still be too intrusive.

So what do you think? Do Google accounts for children represent a unique and forward-thinking educational opportunity? Or are they yet another way for Google to profit from it’s users?