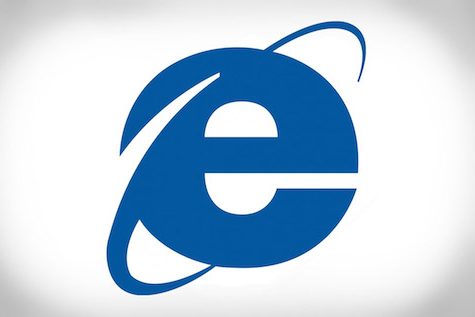 The impending release of Windows 10 is surrounded by rumors and, for Microsoft supporters, high hopes. More will be learned about the new OS at an event on January 21, but for now, it’s thought that Windows 10 will cater as much to enterprise PC customers as it will to personal users. It’s also thought that the new OS will finally be available on all devices including PCs, laptops, tablets and phones.

Perhaps the most startling news, however, is the rumor that Internet Explorer will be phased out for a new-and-improved browser currently codenamed “Spartan.”

So how will Spartan be different from Internet Explorer? Well, according to ZDNet, it’s thought that Spartan will be comparatively “light-weight” with a revamped tab system that’s more similar to Chrome and Firefox. It’s also been heavily speculated that Spartan will have considerably more support for browser extensions than Internet Explorer. At this point, further details about Spartan (and the name Spartan itself) are purely conjecture, but it’s a safe bet that Windows 10 will have a brand new browser from Microsoft – a big deal for web designers and internet marketers. It’s thought that Windows 10 will also have a version of Internet Explorer for backward-compatibility purposes, so a complete abandonment of IE is unlikely in the near future.

Some things will be staying the same though. ZDNet speculates that Spartan will use the Chakra JavaScript engine as well as the Trident layout engine, which have both been used in Internet Explorer for years.

Internet Explorer has been Microsoft’s flagship browser for over 19 years. It hit its peak popularity in the early 2000s, seeing around a 95 percent usage share among browsers. IE has faced some serious challenges since then, however. Firefox launched in 2004 and Chrome launched in 2008, both of which steadily began to consume market share. Also, the rise of Apple in the last decade caused a huge surge in Safari use, as well as a spike in the usage of operating systems such as iOS that don’t run Internet Explorer. IE has also had a generally rough time being adopted on mobile devices. Currently, market share estimates for Internet Explorer range from around 15.8 percent to almost 60 percent. Because these estimates vary so wildly, it’s tough to pinpoint exactly how bad things have gotten for Microsoft’s browser. However, there’s no denying that IE has gotten a bit of a negative reputation as of late, becoming considered by some to be outdated and clunky when compared to a browser like Chrome.

If Spartan does contain some of the same basic engines as Internet Explorer, it’s tough to say whether or not it will be different enough to gain favor with users. Only time will tell if Spartan will be a truly unique browser from Microsoft or simply a re-branding strategy.