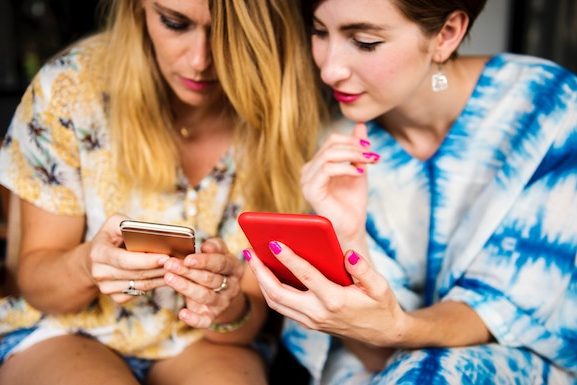 Larger Numbers of Americans Only Access the Internet Using Smartphones

The fact that mobile devices are taking over an industry once dominated by PCs is a well-established trend. Smartphones have been outselling personal computers for years, and 80 percent of internet users now own a smartphone.

When it comes to people who use smartphones as their only method of accessing the internet, it’s been widely reported that they mostly reside in developing nations where fixed-line broadband is scarce. However, a new report from Pew Research indicates this trend is occurring in America as well.

“Smartphone-Dependent” Population on the Rise

According to the new report, smartphone ownership has increased by 35 percent in the U.S. since 2011. Among those who own smartphones, 15 percent report that they only have a limited number of methods for getting online apart from their cell phone’s data plan. Ten percent report having no other form of internet access at home besides their smartphone. Both conditions are true for seven percent of the population, meaning that many people have neither broadband access at home nor any other options for accessing the internet beyond their data plan.

The report also found that people who rely solely on smartphones for internet access tend to be younger and have lower incomes. Among individuals aged 18 to 29, 15 percent depend heavily on a smartphone to access the internet. Thirteen percent of Americans who earn less than $30,000 per year use smartphones as their main internet access vehicle as well, while only one percent of those who earn $75,000 or more annually do the same. In terms of ethnicity, 13 percent of Latinos and 12 percent of African Americans are smartphone-dependent, compared to only four percent of the white population.

In addition, 68 percent of those surveyed use their phone to follow news stories. Sixty-seven percent use their smartphone to share videos, pictures or commentary related to community events. In each case, over 30 percent of people surveyed indicated they perform these actions “frequently.”

What Does This Mean For Webmasters?

This report represents the continued importance of mobile. It’s entirely possible that the number of people using smartphones as their only method of internet access will continue to grow. Especially with Google’s mobile-friendly algorithm on the way, webmasters simply need to have a responsive design if their site is going to compete in the coming years.

Also, one of the most important aspects of smartphone use involves apps. Over 90 percent of top brands have dedicated mobile apps, and apps can be incredibly effective even for small businesses. They can provide excellent value to your customers while also building brand recognition and allowing you to remain visible to people at all times. While desktops and cable users shouldn’t be ignored, webmasters are simply going to lose out on more and more traffic if mobile isn’t taken into consideration.