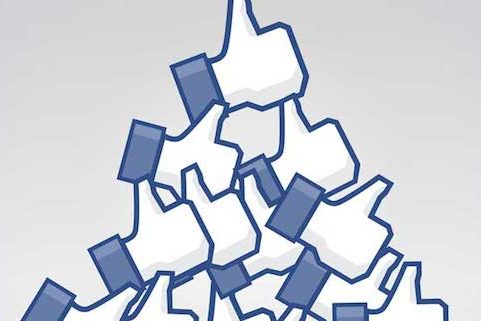 Fake likes and profiles have been a nuisance on Facebook for years. Instead of earning likes organically, some page owners choose to purchase likes as a way of increasing the perceived popularity of their page. Unfortunately, this shortcut can end up being detrimental to legitimate businesses and has led to accusations that Facebook ads are worthless.

While Facebook has been fighting against fake likes for a long time, it now seems that they’re as close as ever to solving the problem. This is good news for everyone on the social network.

According to a recent blog post, Facebook has improved their fraud-fighting technologies in two main areas: pattern recognition and admin alerts. Facebook software engineer Huseyin Kerem Cevahir states that the social network is using advanced technology to recognize suspicious patterns of likes coming from or going to specific accounts. Those accounts are then investigated to determine whether or not the activity is fraudulent. While Cevahir does not reveal exactly what comprises “suspicious” liking, it’s believed that one of the criteria involves too many likes coming from just one source or a network of related sources. If one profile likes thousands of pages and is connected to other profiles that do the same, it could be cause for Facebook to investigate.

Additionally, Facebook is now notifying page admins when fake likes are removed or blocked from their page. Cevahir states that around 200,000 pages have been protected from fake likes in this way since March.

According to Facebook for business, there are four main ways that fake likes are generated. They include:

While a search for “buy Facebook likes” still brings up many companies offering a specific number of likes for a certain amount of money, Facebook has stated that their fraud detection has caused many click farms and dubious businesses to close down. Facebook claims that the number of fake likes they’ve detected in the last six months has tripled, and they’ve prevented those likes from ever even reaching a page in the first place. So, it’s unlikely that click farms will be able to continue in the same way as long as Facebook keeps fighting against them.

Buying likes is similar to buying links – it’s a shady practice that will continue to dwindle in popularity as major sites fight against them. But they’re also similar in a more important way: they just don’t get you anywhere. While buying links can get you penalized by search engines, buying links can also do more harm than good. For anybody considering purchasing likes, just remember that the number of likes you have on your page doesn’t really do anything for you. Being able to actually connect with people on Facebook and grow your brand is the only reason to pursue likes in the first place. If you have a bunch of fake likes from people who will never engage with you, what’s the point? Not to mention, Facebook’s organic reach is incredibly low. If you don’t want to pay for Facebook ads but the majority of your page likes are from fake or uninterested accounts, your posts will likely never be seen by people who will actually pay attention.