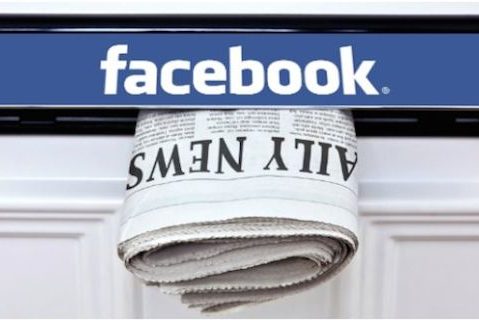 One of Mark Zuckerberg’s goals is to make Facebook’s News Feed a “perfect personalized newspaper” for every user. To do this, the News Feed algorithm attempts to show users the updates, birthdays, events and shared stories that it thinks would be most important to them. It follows that news sites have been very successful under this system.

In fact, with so many news sites getting more and more referral traffic from Facebook, the network’s influence has never been more powerful. But what will happen when they finally decide to directly host content instead of having publishers post a link? We’re about to find out.

According to the Wall Street Journal, Facebook is likely to debut a program that allows certain publishers to post entire articles on Facebook as early as this month. Known as Instant Articles, the program is intended to eliminate the wait time that often comes with loading a new page on mobile devices after clicking a link on Facebook. Of course, the social network will also benefit from this change by keeping users on their site for longer amounts of time, rather than having a user click away whenever they see an article they’re interested in. Longer time spent on the site means more ad visibility and indirect revenue for Facebook.

So why would publishers want people to read their articles directly on Facebook instead of getting users over to their own site? Well, it’s believed that one of the advertising models would involve a system whereby the publisher would keep 100% of the revenue from any ads they sell on the Facebook page where their article is hosted. If Facebook sells the ads on that page, they would still only keep 30 percent of the revenue. Of course, publishers will still lose out on certain advantages involved with people visiting their site directly, namely user experience control and user data collection.

Instant Articles wouldn’t just involve text-based content either. The program is expected to allow publishers to place video content natively on the network as well. This makes sense, as the number of people watching video content on Facebook continues to go up and up as time goes on.

What Does This Mean for Small Businesses?

Predictably, only a few big publishers will be able to try out Instant Articles when it debuts. It’s currently believed that The New York Times, National Geographic and Buzzfeed will be the first publishers on the platform. Only time will tell if the system catches on and big-name brands continue finding it to be advantageous.

If Instant Articles ever becomes available to smaller businesses, however, it will be debatable as to whether it could be beneficial at all. It will largely depend on what type of business you run and how you typically generate revenue. If you’re in the content game already and typically generate much of your revenue by hosting ads, sponsored content and syndicated content, you may find it useful to add another revenue stream by directly publishing on Instant Articles. However, If you primarily post content on Facebook in an effort to get people back to your site for sales or conversions, posting on Instant Articles may defeat part of the purpose. While your content could still get you some brand visibility, the chances that users will click through to your site rather than returning to their News Feeds are potentially much lower than simply posting a link.

Of course, even if it sounds like Instant Articles could never catch on with everybody, native articles on social networks are indeed a trend. LinkedIn Pulse and Twitter’s mobile app already allow users to consume entire pieces of content within the networks themselves. So what do you think? Will Instant Articles be a game-changer for everybody? Or will it simply not be practical as part of a content marketing plan for smaller businesses?