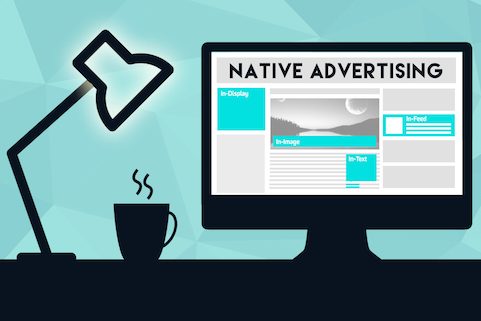 In December of 2013, the Federal Trade Commission began investigating what was then a burgeoning content marketing strategy – native advertising. The investigation sought to answer many questions, but perhaps most pressingly, the FTC wanted to know if typical readers truly understand when they’re being presented with paid content, what “paid content” means, and the ethics of essentially disguising promotional content as editorial.

Over two years later – now that native advertising is incredibly popular – the FTC has finally released guidelines for publishers, and they could end up changing how many advertisers approach this strategy.

An Effective but Divisive Technique

For anyone who may not be familiar with native advertising, it’s essentially a content marketing strategy that involves presenting an ad in such a way that it appears to be part of a publisher’s normal content. So, for example, BuzzFeed Video is known for hosting tons of fun, entertaining videos, many of which feature the Internet’s favorite animals – cats. A video like “Before vs. After Getting A Cat” is typical Buzzfeed content that’s not necessarily advertising anything:

Another video on the same channel, “Dear Kitten,” is a clever, funny, nearly three-minute clip that could be interpreted as just another cat video from BuzzFeed. However, upon closer inspection, the video is clearly an ad for Friskies cat food:

While you may have noticed this right away, many people will watch this video without ever realizing it’s an advertisement paid for by Friskies. Many will also argue that this is harmless; however, native advertising gets more dicey when it occurs in more “reputable” or news-related publications. For example, The Atlantic ran an elaborate piece called “The Ascent: Political Destiny and the Makings of a First Couple,” which, despite being an interesting and informative feature, was nevertheless paid for by Netflix in order to promote House of Cards. There’s no doubt many people read this article without realizing that they’re technically viewing an ad.

So, while it can be argued that this type of advertising is fine if the content is of high enough quality, many Internet users perceive native advertising as being at least a little deceitful. In fact, the majority of readers downright hate sponsored content, and it causes them to lose trust in a publication when they realize what they’re reading is paid content. At the same time, these pieces of content can be extremely effective – as of this writing, “Dear Kitten” has well over 24 million views.

So what does the FTC have to say about this controversial technique? Well, the new guidelines provide a pretty clear outline of when a publisher should disclose that a piece of content is native advertising and how to make it clear to readers. When it is deemed appropriate to disclose that a piece is an ad, the FTC wants publishers to use “plain,” “straightforward” language that includes some form of the word “advertisement,” such as “ad,” “sponsored advertising content,” “paid advertisement” or another variation. They want publishers to stop using phrases such as “Brought to You by [X],” “Sponsored by [X]” “Presented by [X],” or “Promoted by [X],” which seem to imply that a sponsoring advertiser simply underwrote the content instead of clearly stating the truth – that an advertiser created or influenced the content and it paying the publisher to host it.

The guidelines also discuss where these disclosures should be placed on a page and how prominent they should be. Essentially, a disclosure should be placed “near a native ad’s headline” in a focal point that users will be less likely to gloss over or ignore entirely.

Of course, the guidelines give certain types of sponsored content a pass, stating that there are many native ads in which it’s unlikely a user wouldn’t realize the piece is an advertisement or would feel deceived to learn the content is an ad. Also, while the FTC released a Commission Enforcement Policy Statement on Deceptively Formatted Advertisements, it’s not entirely clear what punishments, if any, a publisher could face for violating these guidelines. While it’s likely that government enforcement will only come into play in particularly egregious circumstances – such as those involving native ads for diet pill or prescription drugs – it’d still be best for publishers to be very aware of these guidelines and to follow them closely for both their readers’ sake and their own.