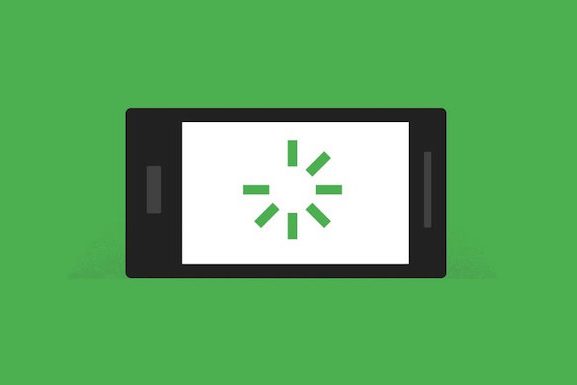 There are many factors that are well-known to contribute to decent Google rankings: quality content, optimized meta information, keywords, content freshness, content authority, backlinks – just to name a few. When doing the work to optimize your site, though, the actual strategies for improving some of these factors can be unclear – not to mention how tough it can be to measure your strategies’ actual effect on rankings.

Luckily, there’s at least one ranking factor that’s relatively easy to measure and improve: site speed. And with a recent announcement from Google, it’s now time to analyze your mobile site speed and make it as fast as possible.

Mobile Site Speed Will Become a Ranking Factor in July

While site speed has been a Google ranking signal on desktop searches for years, it hasn’t been completely clear whether or not it has much effect on mobile. According to a new post on the Webmaster Central Blog, Google will officially add site speed as a ranking factor in mobile searches beginning in July of this year. Known as the “Speed Update,” the new algorithm change will give preference to sites that deliver content more quickly on mobile, regardless of the technology used to build the page.

According to Google, the update will only have an impact on a small percentage of searches, and will likely only affect the slowest mobile pages. In other words, content that’s useful and relevant enough to a searcher’s query will still be given preference in search results, even if the site loads somewhat slowly on mobile. The announcement does not mention whether or not pages using Google’s AMP will be given any sort of specific preference, but it may be fair to assume that the load speeds seen with AMP pages will cause them to be placed more highly in search results than similar pages that take longer to load.

How Fast Do Users Expect Your Page to Load?

Back in 2010, Google pointed to studies claiming that 2 seconds is the loading threshold for ecommerce site “acceptability.” They also stated that Google itself aims for just under a half-second. Today, an AMP page takes only about 1.4 seconds to load, and Facebook’s Instant Articles sometimes take less than a thousandth of a second. Those examples are on the high end of mobile performance, but the fact remains that users expect mobile content to be delivered very quickly, and sites are losing percentages of their traffic for every second it takes a site to load. According to a study by Kissmetrics, around 25 percent of your visitors will abandon your site after 4 seconds of load time:

Tools For Improving Your Page Speed

One easy-to-use tool is Google’s Mobile Site Speed tester powered by WebPageTest.org. This tool tests your site’s load times using 3G speeds and provides you with a detailed report of exactly what should be fixed to improve your speed on mobile. As you can see, we at Content Customs have some room for improvement:

Mobile-First Is the Future

As you’re probably aware, Google is slowly moving to a mobile-first index, meaning that the version of your site that appears on mobile devices will be what Google looks at before anything else when determining your ranking. If your site loads slowly on mobile, it’s possible that your rankings could drop across the board on both mobile and desktop in the near future.

But this isn’t the only reason to improve your site’s load speed on mobile. More importantly than anything else, site speed is a user experience issue. Internet users currently spend 69 percent of their media time on smartphones, and you’re probably seeing an increase in mobile traffic to your own site every year. The popularity of smartphones and the amount of people who access the internet on mobile goes without saying. For both your users and your rankings, now is the most crucial time to optimize your site speed on mobile.