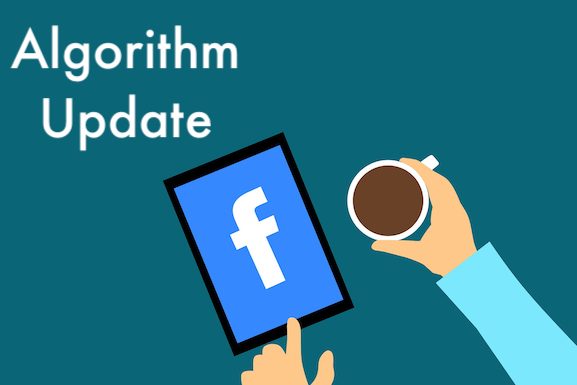 When Facebook announced in January that it would be overhauling their News Feed algorithm to prioritize posts from family and friends, they stated that “Pages may see their reach…and referral traffic decrease.” While the real-world impact of this change may not be fully understood for some time, it’s already claimed at least one casualty: video content producer Little Things.

The popular four-year-old digital publisher has millions of Facebook followers and video views. With the new algorithm, however, the company claims its organic traffic dropped a whopping 75%, necessitating the closure of their company entirely. How can businesses that use Facebook cope with this?

In Mark Zuckerberg’s January 11 Facebook post, he explained how users are becoming fatigued with “posts from businesses, brands and media…crowding out the personal moments that lead us to connect more with each other.” To this end, he promised that users will see “…less public content like posts from businesses, brands, and media. And the public content you see more will be held to the same standard — it should encourage meaningful interactions between people.”

This means that the content brands post on Facebook should aim to spark meaningful conversations between users if it’s going to stand much of a chance of getting organic reach. Of course, audience interaction has always been a top priority for content marketers, and great content is simply more likely to generate a reaction than low-quality posts. The difference now is that Facebook is being very clear about the different ways content is treated in News Feed, bluntly stating, “Pages making posts that people generally don’t react to or comment on could see the biggest decreases in distribution. Pages whose posts prompt conversations between friends will see less of an effect.”

In their efforts to increase the amount of meaningful content users see in their News Feeds, Facebook is coming down hard on “Engagement Bait” – spammy posts that directly ask users to like, share or comment. In a post from December, Facebook explains how they’re using machine learning to serve fewer posts of this kind in users’ News Feeds. Examples of engagement bait include:

This won’t affect all posts that directly ask for interaction, however. As Facebook is careful to note, “Posts that ask people for help, advice, or recommendations, such as circulating a missing child report, raising money for a cause, or asking for travel tips, will not be adversely impacted by this update.”

Influencer marketing is currently one of the most effective content promotion techniques on social media or otherwise. Identifying influencers in your industry and getting them to promote your content frees you from having to rely solely on the organic reach garnered by posting on your own Page. Of course, this latest algorithm change is likely to affect influencers as well, but as long as the content is good enough and the influencer has a decent enough following, you should still be able to see some ROI from your Facebook marketing efforts.

While many companies successfully promote content on Facebook without having to pay for it, there are plenty of Pages that were already seeing abysmally low organic reach long before this algorithm change. Either way, if you’ve found Facebook marketing to be valuable for your company or clients, now may be the time to begin paid promotion or increase your budget if you already pay. It’s not entirely clear if paid reach will be taking a hit, but since the new algorithm will theoretically be leaving fewer spots for promoted content in users’ News Feeds, the increased competition may mean an increase in the amount you have to spend to see the same ROI.

If you’re paying to promote your Facebook posts on a limited budget, a “shotgun” approach will now be less likely than ever to produce any good results. Maximize your ad spend by narrowing down your audience targeting as much as possible. Try creating buyer personas of the customers most likely to take action after seeing your post, and take advantage of all of Facebook’s targeting options to hone in on exactly that person.

Anybody who’s scrolled through their News Feeds recently knows how popular video is on the platform. Video posts have been getting the most organic reach for years, and that isn’t likely to change much even with this algorithm adjustment. However, live video is turning out to be even more effective than typical video posts. Here’s what Facebook had to say in their announcement:

So, if there’s any way for your company to get creative and do some live videos, you may find that it’s just the thing you need to maintain your organic reach.

People who follow your Page on Facebook still have the ability to prioritize seeing your posts in their News Feed. It may be helpful to remind your followers about the “See First” option, which ensures they’ll see the latest posts from you:

It’s arguable whether or not encouraging users to select this option in a Facebook post could be considered engagement bait, so it may be worthwhile to remind your followers about it through an email blast or on your website.

Marketers may have to let some time pass before being able to truly assess whether or not they need to adjust their strategies. However, if you do notice that your reach plummets and there doesn’t seem to be any way to get it to return, there’s always the option to reduce the time you spend marketing on Facebook and focus your efforts elsewhere. There are plenty of excellent ways to promote your content, including other social networks, email campaigns and content discovery platforms such as Outbrain or Taboola, just to name a few. Don’t eliminate your Facebook presence entirely, but don’t hesitate to try other things if it’s just not getting you the results you want.

Perhaps the most important lesson to be learned here would be that it’s fairly risky to base too much of your business on a platform over which you have no control. Luckily for many content marketers, Facebook is simply a way to drive traffic to a website. But it goes to show that relying too heavily on one marketing technique can backfire, and it may now be more important than ever to diversify your strategies.