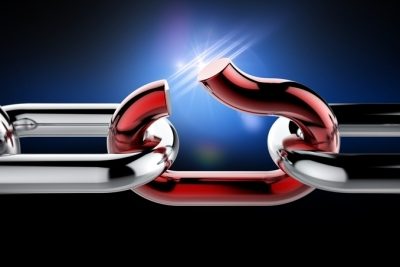 Last week, we discussed the new Disavow Links tool developed and released by Google that allows website owners and developers to dictate which inbound links they would rather not have Google assess when determining their website ranking.

The Google disavow links tool feature is a boon for website owners and developers who were punished by Google’s release of Penguin because of something that was theoretically beyond their control. In other words, a site owners inability to control the actual types of websites that are linking to their website.

In our original story, we talked about how Google’s head of webspam Matt Cutts suggested that the Disavow Links tool should only be used once other options, such as contacting other sites and asking them to take down the links manually, have been exhausted. However, according to a new report by Search Engine Land, it seems that Cutts’ suggestion is actually more like a requirement.

When most bloggers and site owners caught wind of Google’s new Disavow Links tool and Cutts’ suggestion to take action and talk to the originators of the unwanted links before using it, they asked the same question: “Why bother?” After all, why would anyone waste the time to track down the originators of these bad links, who are often uncooperative anyway, when uploading a single text document to Google with a list of unwanted links would serve the same purpose, only faster, more reliably and with less back-and-forth?

Simple — if you do, there’s a solid chance that Google won’t accept or act upon your requests, according to a lengthy Q & A between Search Engine Land’s Danny Sullivan and Matt Cutts. Cutts says that Google is looking at snapshots of link profiles as they were when Google originally took manual action against the site. If they don’t see any links removed between that time and the time when the site owner submits his Disavow Links text file, they assume that the site owner hasn’t been making an effort to have the links removed on his own.

What Should Site Owners Do?

Cutts’ words create a conundrum for site owners who may now be wondering whether their Disavow Links request will even work, especially if they’ve tried and failed to have links removed by their originators in the past. However, a closer reading of what Cutts said reveals that there’s little cause for alarm. He mentions comparing a site’s link profile when manual action is taken by Google to its link profile when the Disavow Links tool is used.

Of course, most ranking penalties are handed out algorithmically, not by manual action. As such, there’s a solid chance that the Disavow Links tool will work just fine without any preparatory work so long as your site hasn’t had manual action taken against it by Google.

Of course, most site owners would rather be safe than sorry. If you really want to cover your bases, your best bet is to do some legwork and request that the originators of the unwanted links take them down before using Disavow Links. Even if you’re only successful in one or two instances, it will let Google know that you’ve made a concerted effort before resorting to the Disavow Links tool.