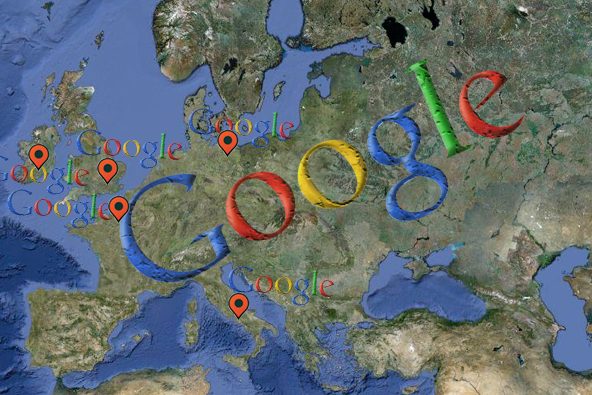 It is common knowledge among the majority of American SEO’ers that Google’s dominance, in terms of their overall share of the search engine market, makes them far and away the most popular way in which individuals search the internet. In fact, over the last several years Google’s search engine market share percentage has hovered between 65% and 70%,

If you don’t spend much time across the pond, however, you may not realize that as popular as Google is here, it’s actually far more popular — at least compared to other search engines — in the UK.

Google’s UK search market share recently hit a milestone that should excite its competitors, including Microsoft, Yahoo and Ask: for the first time in over five years, Google’s slice of the UK search pie fell below 90%. The news comes courtesy of Experian Marketing Services, who recently conducted a study to find out how UK residents navigate the internet.

Experian’s study reveals that Google handled 89.33% of all searches in the UK in October of 2012, leaving Google to decide whether they should be disappointed in dropping below 90% or thrilled that they still have an effective stranglehold on the market. We’ll guess the former, given that Google held 90.74% of market share one month prior, dropping 1.41% in just 30 or so days. Google was actually just slightly above 91% in October of 2011, so we’re seeing something of a downward trend overall.

Microsoft’s Bing was the biggest gainer in October, growing from 3.98% to 4.71% over the course of just a single month. Yahoo also managed to gain half a percentage point, rising from 2.83% to 3.33%. Gains for Ask were comparatively modest, as the perpetual underdog rose from 2.00% to 2.13%. Still, Yahoo, Bing and Ask all made progress from this time one year ago, and Google’s losses directly allowed for this.

Overall, Google has little to worry about. According to Experian’s study, Google fields 18 times as many searches in the UK as all other search engines combined.

Possible Reasons for the Slight Decline

There are a couple of reasons why Google’s share dipped, especially when you consider that most of the gains went to Microsoft. For one, Microsoft’s “Bing it On” challenge was a statistical success and turned at least a few people on to a valid Google alternative.

Second, Microsoft released its Windows 8 operating system in October for smart phones, tablets and PCs. Bing is the default operating system on all Windows 8 devices, so this would also help to explain why business ticked up so sharply over the course of just a single month.

The hidden take-away here, of course, is that you should strongly focus your SEO and marketing efforts on performing well in Google, to the exclusion of other search engines, if the UK market is important to your conversion rate. In practice, this largely means ensuring that you’re targeting mobile since so many Google users are now surfing on their phones and tablets.