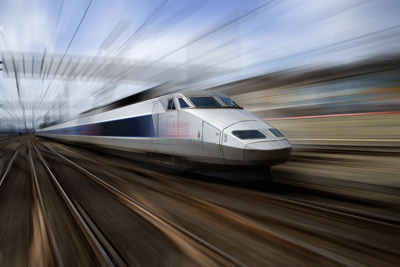 Google’s new quality guidelines may have you feeling a little frustrated, especially if you trade in rich content that can take a few moments for users to load, even on a 4G connection.

Google’s would ideally like to see content load in less than one second – a tiny amount of time no matter how you slice it, even if your mobile site offers little more than text. Now, before you race over to your mobile site’s backend and start chopping away anything as bandwidth-intensive as a small photo, know that Google is only talking about content that appears above the fold.

In other words, the portion of the page that is displayed when the page initially loads onto your screen and is visible to the eye before a user begins scrolling downward on the page.

Google’s whole reason behind the new speed guideline, as with all of their quality guidelines, is to provide a better experience for their users. In a way, it’s also to maximize your mobile site’s chance of success with users. Mobile users usually need information and they need it now, not two minutes from now when they’re leaving the coffee shop and will lose their free Wi-Fi signal. If they’re on a 4G data connection, they may care even more about fast loading times because long ones will give them the impression that they’re burning through their costly, limited monthly data. If your site doesn’t load very, very quickly, they’ll head back to the SERP and pay one of your competitors a visit instead.

Speaking of 4G – it’s becoming increasingly available in the United States, but for the world as a whole, 3G should still be considered the standard, according to Google. Roundtrip latency on a 4G network is just 100 ms or less, but roundtrip latency for a 3G network is closer to 300 ms. For this reason, Google says that webmasters should assume that at least 200 ms of the available 1000 ms will be taken up by network latency.

However, after redirects, the TCP handshake, the HTTP request and the server response, only about 200 ms are left over for the browser to actually render the above-the-fold content of your site.

We can’t stress enough how difficult it is to stay within Google’s suggested time frame, so for more detail on how to do it, we strongly suggest checking out Google’s full run-down of PageSpeed Insights.