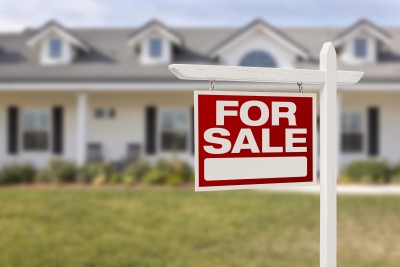 Despite intensive advertising and awareness campaigns and promotions, including the “Bing It On” Challenge, Microsoft’s Bing search engine platform has failed to gain significant market share from the ever-dominant Google.

Although Bing has been chipping away at Google’s search engine traffic numbers virtually every month, would-be CEO Stephen Elop, formerly of Nokia, says the solution is for Microsoft to cut its losses and sell Bing, along with other financially stagnant properties, and “sharpen the company’s focus.”

Whether such a drastic shakeup will occur could largely depend upon whether Elop or Alan Mulally, currently heading Ford Motor Co., ultimately gets the top job at Microsoft.

What is Microsoft’s Focus, Anyhow?

The statement from CEO hopeful Elop has just as many people shaking their heads as it has investors and analysts nodding in agreement. Apparently, Elop’s strategy would be to sell off Bing and other properties including the Xbox gaming platform, which he admits is healthy, in order to devote more resources toward “maximiz[ing] sales of Microsoft Office across devices and platforms.”

Perhaps surprisingly, current Microsoft leader and co-founder Paul Allen seems to agree with Elop. He described Xbox and Bing as “distractions” from something more profitable that Microsoft could be focusing on instead. Although many analysts agree that the Xbox platform is too far removed from Microsoft’s other offerings in order to make sense, others would argue that the Xbox brand is Microsoft’s connection to its core buying audience, at least with the new Xbox One console (and the sales that come along with it) on the immediate horizon.

Who Would Buy Bing?

Of course, Microsoft won’t even be able to consider divesting from Bing unless they can find a serious and capable buyer. A post on Search Engine Land seems to suggest that Yahoo or Facebook would be the most likely buyers (both have enough cash, after all, or could generate the cash quickly through sales of some of their own properties).

However, in a postscript to the same post, Search Engine Land’s Danny Sullivan weighs in to say that he highly doubts Microsoft would realistically consider selling Bing to any buyer. He argues that Microsoft needs its own search engine for Windows OS and Windows Phone, and that selling Bing would be tantamount to giving up on its most future-facing product. After all, can Microsoft really rely on sales of Microsoft Office and Surface tablets in an age dominated by hardware companies like Apple and software companies that produce Office equivalents free of charge?

Still, a sale is possible. If so, contenders could include not only Yahoo and Facebook, but also Apple, Google, and foreign search companies like Yandex, Alibaba and Baidu.