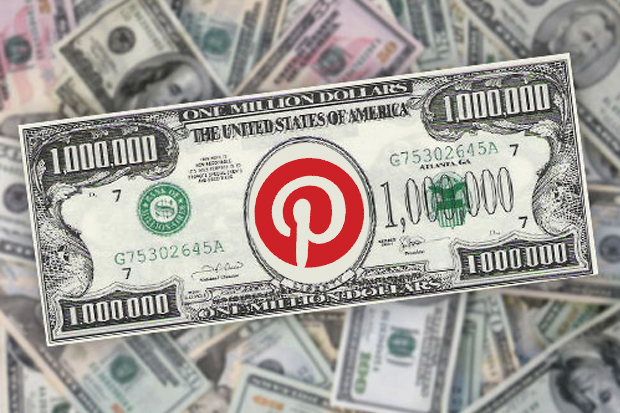 How Much is a Pin Worth, Exactly?

If you own or operate a small online business you would be wise to consider promoting it through the use of Pinterest, according to a recent report published by Piqora. In fact, the report suggests that a pin is a more a powerful way of driving sales than either Facebook posts or tweets on Twitter.

According to the report, Pinterest is also on the rise, as pins are about 25% more valuable today than they were a year ago. This being said, business’s that are looking to increase their sales, should consider, within their marketing plan, making pins on Pinterest.

That’s right – for the average business, every pin on Pinterest is worth $0.78, up about $0.20 since last year. That’s more than a post on Facebook, and far more than a tweet on Twitter, where only about 1.4% of tweets are retweeted. By comparison, the average pin is repinned a stunning 10 times. In addition to these repins, the typical pin results in two visits to your website and six page views. How’s that for something that takes just a single click!

Various sources in addition to Piqora have given site owners reasons to start using Pinterest. As of October, Pinterest was responsible for about 4% of all traffic to sites across the web, making it a bigger traffic referrer than every social network except Facebook. That’s up a whopping 66% from Q1 2013. In fact, Pinterest is pushing more traffic to individual sites than Google+, Reddit, LinkedIn and Twitter – combined.

In October of this year alone, Pinterest raised $225 million, increasing its market valuation past $3.8 billion. Over 700 million individuals, including about 500,000 businesses, are Pinterest members – not just users – and that data was reported way back in July. It will be interesting indeed to see where Pinterest’s user count shakes out after the holiday season.

The bottom line, though, is that unless your social media marketing manager’s time is more valuable than $0.78 cents a click, her overall campaign should include Pinterest.