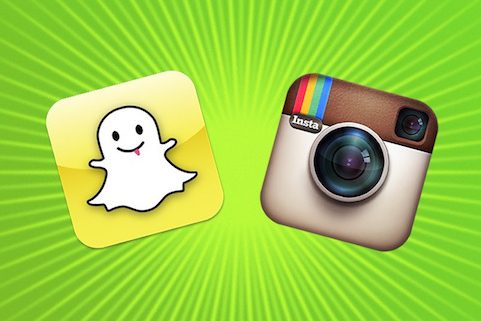 As of December 2015, Facebook had 1.59 billion monthly active users, with millions more using the standalone Messenger app. When it comes to raw user numbers, no other network or messaging app comes close.

However, these numbers do not necessarily reflect users’ feelings about a product. Users’ enjoyment and perception of importance, as well as popularity among specific demographics, are not reflected in overall user number stats. So while Facebook may be the go-to social option for marketers playing the numbers game, there’s a different service that should be focused on to reach the hearts of young people: Snapchat.

According to a new report from research firm Piper Jaffray, most teens consider Snapchat to be the “most important” social network. The survey involved 6,500 U.S. teens, 28 percent of whom put Snapchat in the top spot. Instagram is a close second, with 27 percent of the teens saying it’s the most important. Trailing behind Instagram is Twitter (18%), Facebook (17%), Tumblr and Pinterest (2% each), and finally Google+ (1%). This is a significant change from last year, when a similar Piper Jaffray survey found that 32 percent of teens thought Instagram was the most important, with Snapchat only getting 13 percent.

This development shouldn’t be too much of a surprise – Facebook’s popularity among teens has been declining for years. But what this trend indicates is the continued popularity and importance of image and video content. Young people simply prefer to see images and video in their social apps instead of purely text. This preference has caused bigger networks like Facebook to play catchup, leading to video content getting the most organic reach. It’s also likely a big factor in a trend that you’ve no doubt noticed over the past year if you use Facebook: a huge surge in videos in your News Feed.

Everybody knows that teens are a fickle demographic when it comes to marketing. There’s no guarantee that Snapchat will continue to be a preferred service in the years to come, but its potential for marketing at the moment is quite large. Consider the “Damn Daniel” viral video that began on Snapchat two months ago and has since gained millions of views on various social networks. While you’ve probably already forgotten all about it (or maybe weren’t aware of it in the first place), it was nevertheless successfully capitalized upon by brands like Vans, Clorox, Axe and Denny’s.

Snapchat constantly adds fresh, fun and innovative features, which is an approach that most social networks don’t take and that helps Snapchat remain favorable to teens. While Snapchat Discover presents a great opportunity for marketers to get content in front of young people, it’s still only available to big companies. Small-to-medium publishers who want to appeal to teens can still be successful on the platform by using the Snapchat Stories feature.

So, while Snapchat may not be the right portal for every content campaign, any marketer who wants to stay informed about what young people like and how they use social media should keep a very close eye on the messaging app.