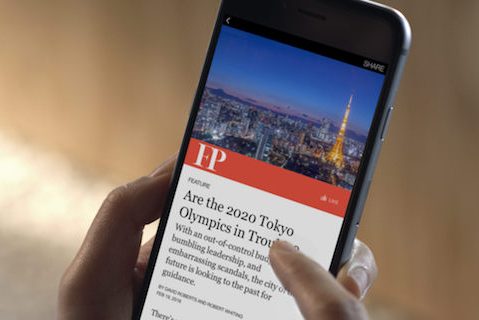 Two years ago, many content marketers were hailing Facebook’s Instant Articles (IA) as a potential game-changer in social marketing. The idea that brands could publish natively on Facebook using long-form content that loads quickly on mobile presented some interesting opportunities for social engagement and brand awareness. Along with other trends at the time (like Twitter potentially dropping its character limit and the debut of Snapchat Discover), in-depth content looked like the future of social content marketing.

Now, however, it looks like IA may not be the game-changer Facebook hoped it would be, as the network struggles to make it worthwhile for publishers.

Publishers Drop Out, Slow to Adopt

When IA debuted, it was only available to a small group of elite publishers like the New York Times, CNN, NBC, the Washington Post and BuzzFeed. As time went on, IA eventually became open to just about anyone with a Facebook page and a website. The platform was attractive to both big and small businesses because Facebook allowed publishers to keep 100% of any revenue generated by ads within an article. Alternatively, publishers would get 70% of ad revenue if the ads were sold by Facebook.

However, this arrangement has not proven effective enough for many publishers and is indicative of why IA hasn’t taken off as expected: lack of monetization. So far, publishers are finding that posting content as an Instant Article simply does not provide as much ROI as a typical Facebook post that sends readers to the publisher’s site. This has been a concern for publishers since day one, and Facebook is now scrambling to find effective ways to make the service worthwhile. The New York Times for example, an early IA adopter, has completely dropped out, and other news sites like Forbes rarely use the platform due to its failure to drive traffic to their site.

While social platforms constantly get more important for internet marketing, many publishers still need users to actually visit their website in order to generate an acceptable level of revenue from their social efforts. The really bad news for Facebook at the moment is that even smaller publishers who rely almost solely on Facebook for their business model are not widely adopting IA either. For example, LittleThings, a publisher that relies heavily on Facebook for revenue, has figured out some ways to better monetize IA, but is still only publishing 15 to 20 percent of their articles on the platform.

While Facebook’s goal is to provide a platform that benefits both brands and users by serving fast, uncluttered content, it’s pretty clear that one of the primary goals of IA is to keep users on Facebook instead of having them click away to read a full article on a different site. So, IA is intended to be a win for all involved, including the social network itself. According to Facebook, publishers benefit from Instant Articles opening 10 times faster and being 70 percent less likely to be abandoned.

Facebook also announced this week that it’s adding even more features that allow publishers to add call-to-action units that encourage email sign-ups and Page Likes in an effort to make IA more effective for brands. Of course, content can also still include ads to help monetize articles published on this platform.

In a way, the slow adoption of IA is good for some sites. Overall, larger media companies who have been operating in a particularly turbulent atmosphere may be breathing a sigh of relief as they collectively stave off handing the most important part of their business – content – completely over to social networks (for now, anyway). If the new call-to-action features can provide more revenue than a site visit, IA may start to become truly effective.

For smaller businesses simply trying to use Facebook in their content marketing plan, Instant Articles likely won’t provide as much ROI as a typical post that links back to your site. For now, IA should probably be avoided until Facebook’s new features have been proven to make the service worthwhile.