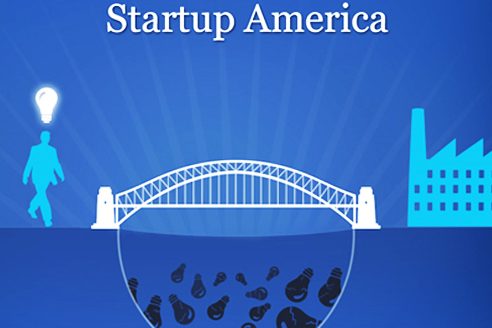 Why Your Online Startup Should Support Startup America

With SOPA, the Stop Online Piracy Act, in our collective rearview mirror, the tech community has now turned its attention to a new piece of legislation that could drastically impact online entrepreneurship, according to an article published by TechCrunch, this time it’s actually something worth supporting.

The bill in question is called Startup America, and here’s why it’s beging viewed as important. Despite the success and growth of many online companies, overall American startup success has declined by almost 25% in just the past 5 years.

Countries that would have done anything to match America’s entrepreneurial success just 20 years ago are now passing us in growth, and internet-based startups may be next in line for globalization. Here are a few reasons why the passage of Startup America could be a boon to your young online startup:

You’ve probably heard of (or even used) sites like Kickstarter, which give entrepreneurs an online environment where they can easily raise funds through large numbers of micro-donations. In short, Startup America will make these types of sites a much bigger component of the entrepreneurial landscape, and give startups like yours better access to public fundraising.

Since the 1990s, filing for an IPO has become significantly more difficult, complex and expensive, giving only the most established companies a chance to go public. If you could file for an IPO earlier, you could raise funds and hire more employees much faster, given that companies only do an average of 10% of their hiring before going public. Startup America will peel back many of the regulations currently preventing smaller companies from filing IPOs.

Tax Cuts for You and Your Investors

In addition to making current small business tax cuts permanent, Startup America would double startup expense tax deductions, extend 100% property depreciation through the rest of 2012, and provide a 10% income tax credit for new hires at small businesses. Startup America would also provide a capital gains tax cut to investors who keep their money behind the same company for 5 years or more, incentivizing them to invest in solid companies that will be around for the long haul rather than a quick buck.

The legislation includes plenty of other bonuses for starting entrepreneurs as well, such as an additional $1 billion in federal funding for the Small Business Investment Company program, and immigration policy changes that would make it easier for highly skilled foreign-born college graduates to keep their skills and careers in the U.S. If you think Startup America is a good idea, tell your representatives in Washington and support the legislation on Twitter with #StartupAmerica.