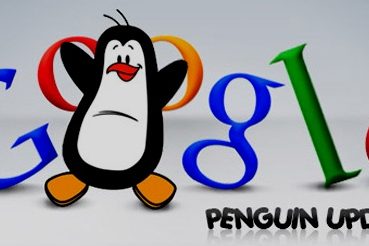 Ever since Google shook up the internet with its Penguin update over a month ago on April 24th, bloggers and site developers have been speculating about a “new Penguin update” every time they suspect even a mild alteration to Google’s search algorithms.

According to Google’s head of webspam Matt Cutts, no updates have been released to Penguin… until now – officially this past Friday, the new update is described as the “first Penguin algo[rithm] refresh” by none other than Cutts himself, who announced what SEO’ers are calling Penguin 1.1 from his Twitter account.

Matt Cutts also added that the algorithm refresh will directly affect less than 0.1% of current searches that are conducted in the English language.

The First Penguin Update of Many?

Last year’s Google Panda update received between 10 and 15 updates over the course of its existence, leading many to believe that the new 1.1 update is just the first of many updates to come to Penguin. You certainly can’t blame them either, given that so many site owners reported a major drop in ranking after April 24th.

Unfortunately, it’s no surprise that Cutts isn’t saying exactly what the Penguin 1.1 update entails. Since it falls under the umbrella of Penguin, odds are good that the new update will continue to penalize sites that buy backlinks and post low-quality content with the express purpose of boosting keyword rankings.

One of the most common qualms with Penguin 1.0 was that it penalized sites with low-quality backlinks, even when the site owner didn’t attract these inbound links intentionally. Only time will tell whether Penguin 1.1 fixes or at least mitigates this issue.

What to Do if You’re a Webmaster

Many webmasters are now extra cautious of making any major alterations to their site in the immediate aftermath of a Google search update, particularly after the fallout from Penguin 1.0. As with any update, it’s important to wait and see what happens before you alter your site with the intention of boosting your rankings. Here are a few things to do in the meantime: