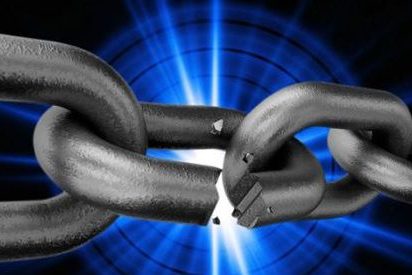 Hot on the heels’ of Matt Cutts’ announcement of Penguin Update 1.1, a search algorithm refresh to a major Google update largely targeted at reducing webspam and the rankings of sites that trade in it, search marketing firm iAcquire has announced that it will stop purchasing links for its clients.

The news publication comes courtesy of Search Engine Land, who also recently announced that iAcquire, a digital marketing company, had been banned from Google’s indexes as a result of engaging in exactly these types of link building practices.

The news comes as no surprise given that one of Google’s primary objectives is downranking sites with paid or otherwise suspicious-seeming backlinks. iAcquire’s decision to stop purchasing inbound links for its clients is likely intended to kill several birds with one stone, including getting back on Google’s indexes, restoring consumer confidence and scratching out a service that no smart site owner would ever want to pay for again.

In an interview with Search Engine Land’s Danny Sullivan, iAcquire cofounder Joe Griffin was careful to avoid terms like “paid links” and “link schemes,” instead saying that “we’ve issued a company-wide memo and told everyone that the usage of financial compensation as a tool to build links is strictly prohibited.” iAcquire’s Tom Rusling elaborated on this notion in the company’s blog just yesterday.

Griffin also told Sullivan that iAcquire has been gradually moving away from a paid link model for some time, though he admits that the company’s removal from Google’s indexes made the move considerably more pressing.

Gradually Doing Away with Link Schemes

True to their name, iAcquire purchased several paid link operations in 2011, and Griffin says that his company is now “transitioning those customers away” gradually. A number of these companies, including DigitalPros.org, SolarPros.com, InternetReach.org, MediaFinders.net, iOutReach.org and LinkBuilder.net, are actually just alternative names for iAcquire – or at least “alternate personas” of iAcquire designed to decentralize the company’s paid link practices.

Griffin reassures Search Engine Land that these “companies” will no longer trade in paid links either, and that “all the customers we’re working with today are not in violation of Google’s guidelines.”

In addition, Griffin also expects that some verticals will be off-limits to his company given the new change, but that losing a few customers along the way will be well worth making the transition to what he describes as “100% white hat” search engine optimization (SEO) practices.