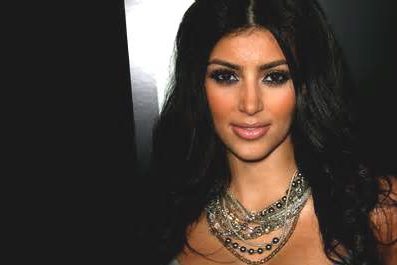 Just a few days ago, we brought you the top searches of 2012 for Microsoft’s Bing search engine. Today, we give you the top Yahoo search terms most frquently entered for the past year, a primary competitor of Bing despite the fact that both search engines work off the same search algorithms.

As with Bing’s list, Yahoo’s is loaded with celebrities, tech trends, current events and plenty of smaller niche categories that should prove interesting to most SEO’ers. The full list is definitely worth checking out, but I’ll share some of the highlights below.

The Top Searches of the Year on Yahoo

The search term “election” dominated Yahoo this year, which is no surprise given that the presidential election (not to mention additional elections at the federal, state and local levels) dominated the news in 2012. The second most-searched-for term was “iphone 5.” Although this might seem surprising given that the iPhone5 was only released in the final months of the year, it makes sense when you consider the number of people looking for leaked info and speculation prior to its release.

Celebrities dominated the middle of the list, with Kim Kardashian, Kate Upton, Kate Middleton and Whitney Houston taking up spots 3 through 6. “Olympics” came in 7th place, which is no surprise in any year ending in an even number, and “political polls” came in at number 8. This could be attributed to the ongoing controversy throughout the year as to which political polls were the most accurate, not to mention the politics junkies who look at these types of things on a daily basis during an election cycle.

Finally, the list was rounded out by celebrities Linsday Lohan and Jennifer Lopez, the former of which was sprinkled throughout the news in 2012 due to various run-ins with the law.

The Top Mobile Searches on Yahoo in 2012

The list of the top searches on Yahoo from mobile devices looks a lot different from the one looking at searches overall. In this category, “election” didn’t even crack the top 10. However, not surprisingly since it’s a mobile device itself, “iPhone 5” jumped to the number 1 spot.

Everyone and their brother is apparently trying to cheat at Words with Friends, since “scrabble word finder” was the second most-searched-for phrase on Yahoo in 2012. “Fantasy football” and “olympics” came in at spots 3 and 4, directly followed by “hurricane Sandy” and “American Idol.”

“Kim Kardashian” was the only celebrity lucky enough to make the mobile top 10. Sports rounded out the next two spots with “NFL scores” and “SF Giants” at 8 and 9. Finally, the fact that the biggest lottery jackpot in history was awarded earlier this year was enough to land “Mega Millions” in the final spot on Yahoo’s mobile top 10.

For niche-specific lists and a whole lot more, check out the previously linked Yahoo 2012 Year in Review.