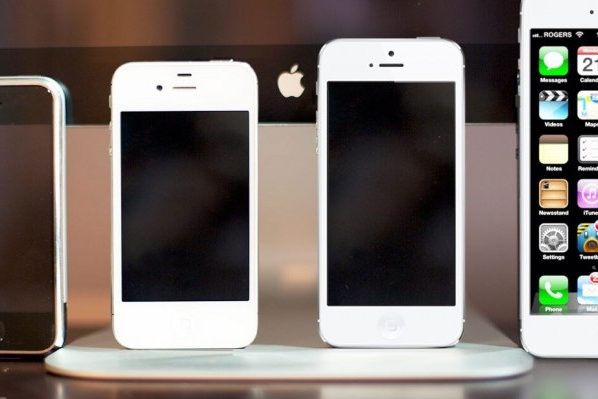 During a special live event yesterday in Cupertino, Apple unveiled the two latest additions to its iPhone lineup. Tech junkies will be most excited about the high-end iPhone 5S, while smartphone newcomers and those looking to save a few extra bucks will likely turn their attention to the Apple iPhone 5C.

The entry-level iPhone is designed to allow more individuals with the ability to access the iOS ecosystem at an affordable price. Continue reading below to determine which Apple iPhone is a best suited to meet your tech needs while still fitting into your budget.

The iPhone 5S is aesthetically similar to the iPhone 5, with the most obvious change coming in the form of three new available colors: silver, space gray and gold; gone are the iPhone 5’s basic white and black.

The aluminum body of Apple’s premium smartphone offering saw little change, with the glaring exception being a new Home button. The Home button itself includes a built-in Touch ID sensor that scans the user’s fingerprint as a replacement for the four-digit passcode as a means of unlocking the phone. The fingerprint scanner also allows you to authenticate your user name and password when you’re purchasing apps, a major convenience for those who regularly add new apps to their phones.

The final upgrade to the exterior of the iPhone 5S is a new camera, which features the same eight megapixels found on the iPhone 5 but a larger sensor and dual-LED flash, which gives a more accurate portrayal of skin tones. Other new camera features include image stabilization and a burst photo feature that runs at 10 frames per second, as well as a slow-motion feature that allows you to shoot video at 120 frames per second.

For many users, the upgrades found inside the iPhone 5S will be just as exciting as those on the exterior. The biggest improvement is the new A7 processor, the first 64-bit chip to be included in a smartphone. Apple claims that the A7 is a whopping 40-times faster than the processor included in the first iPhone, with 56-times faster graphics to boot. Although Apple didn’t directly compare the A7 to the processor found in the iPhone 5, anecdotal evidence from prominent app developers suggests that the new processor is about five-times faster.

Finally, the iPhone 5S includes a better battery giving 10 hours of talk time and a whopping 250 hours of standby time, a boon to travelers and those who need to go the entire day without relying on a power outlet.

The iPhone 5C, intended as a lower-end version of the 5S that still improves upon the iPhone 5 in certain ways, will be available at a lower price point of $99 for a 16GB version or $199 for a 32GB version with a two-year contract.

The processor inside the 5C is also unchanged from the iPhone 5, and the Home button remains the same too, lacking the new fingerprint sensor. One of the features that differs from the iPhone 5 is an upgraded battery, which should give the 5C similar talk time and standby time to the 5S.

Interestingly, the iPhone 5 is being taken off the market completely, while the older iPhone 4S will still be manufactured and available for free with a two-year contract.

Will you be upgrading to a new iPhone, or would you rather wait for what will likely be a more substantial revision in the form of the iPhone 6?