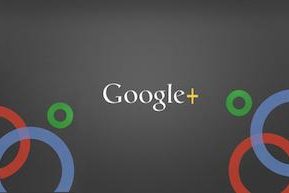 Google Plus Profile Names No Longer Have to Be Real

In an apparent attempt to become more welcoming and persuade tentative users, Google Plus has dropped its famous “real name” restriction. While still encouraging people to honestly represent themselves by using their true identity on the social network, Google has now allowed users to choose just about any name they’d like.

The announcement came in a blog post shared yesterday. While Google claims that its original restrictions helped create a community comprised of real people, it also states that the policy excluded potential users who didn’t want to use their real names.

Before you set up a Google Plus account using your old AOL screen name, be advised that there are still some restrictions. For example:

The social network may also simply decline your requested name, especially if it includes numbers or punctuation. Also, users will be allowed to add a nickname apart from their fist and last name. Perhaps most importantly, however, Google Plus profile names will affect a user’s other Google services, including Google Wallet and Gmail. So, if you often use your Gmail account for professional correspondence, be advised that your emails will be branded with whatever name you choose to use on Google Plus.

Ever since users were forced to get a Google Plus account if they wanted to comment on YouTube videos, it’s been thought that the “real name” policy would increase accountability and curb the notoriously awful comments often posted on the video sharing site. The policy seemed to work for the most part, but it now seems that low-quality commenting on YouTube could be back in full swing. For anyone in charge of video marketing campaigns or reputation management, it’s now time to monitor YouTube comments more closely.

The policy shift for Google plus profile names is actually the next step in a line of similar changes that Google has made on the social network since its inception. For example, users could already transfer their YouTube usernames into Google Plus. Owners of +Pages could also choose any name they wanted. At the same time, privacy advocates were justifiably staying away from the network.

As far as traffic goes, only time will tell if this change will attract new users. Google Plus still lags far behind of Facebook, reporting monthly traffic of 540 million users. Only 300 million of these users are “in the stream,” however, which likely has to do with the fact that many people technically have a Google Plus account in order to use certain Google services, but they rarely access the network itself. Facebook reports 1.28 billion monthly users. At the same time, Twitter only reports 255 million active users, which means that Google Plus could be considered the number-two social network. So, it’s worth it to have a Google Plus account, as this policy change could lead to more exposure on the network. At the same time, users need to be aware that they might end up dealing with some people who aren’t exactly who they claim to be.