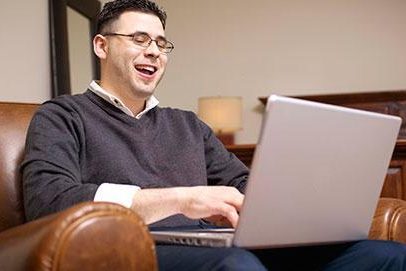 A Spoonful of Sugar: Why Entertaining Content Is Great For Any Brand

Between programs like The Daily Show and comics sites like The Oatmeal, we’ve been seeing it for years: people love to get a spoonful of humor while learning about important or otherwise “dry” topics. It’s no different with content intended to drive sales.

Content marketers know that entertaining content can be incredibly effective for getting social shares and directing traffic to your site. Sites like Buzzfeed and Upworthy have even made an entire business out of creating sharable, entertaining content. But is it really right for your business? What strategies work the best?

When it comes to creating fun, shareable content, there are several go-to formats: lists, infographics, quizzes, videos and, to a lesser extent, articles that answer a “why,” “what,” or “how-to” question. As of right now, however, quizzes reign supreme. According to the content marketing team behind BuzzSumo, eight out of the top 10 most shared articles earlier this year were quizzes. Also, BuzzSumo researchers discovered that the top three emotions invoked by the 10,000 most shared articles were:

According to a study conducted by the New York Times, people enjoy sharing entertaining content because it helps define themselves to others while staying connected, feeling more involved in the world, and spreading the word about issues they care about (we have to add that it’s probably just plain fun, too). Specifically, quizzes are popular because they fuel a person’s ego in addition to helping them define their identity.

The strategy works so well for social sharing that BuzzFeed’s “What City Should You Live In?” quiz is now considered one of the most viral pieces of content ever after garnering well over 20 million views. Services like Qzzr have become very popular for helping marketers create professionally designed quizzes that engage customers, encourage social shares and drive targeted traffic to make conversions.

The whole idea of trying to use entertaining content like quizzes can seem inappropriate for professional businesses or sites that have a reputation for providing serious journalism. It would indeed be strange to see something like the Wall Street Journal post a quiz called “Which Disney Princess are You?” For that matter, wouldn’t something like a drywall business have a tough time creating a fun, shareable quiz that drives targeted traffic? Well, while relevancy is incredibly important for entertaining content, it shouldn’t be assumed that prestigious media outlets aren’t taking advantage of the strategy:

Also, keep in mind that Google’s new “In The News” box is listing sites like Reddit and Twitter as “news,” further blurring the line between entertainment and serious journalism (in search engine results at least). Making a list-style article that seems uncharacteristically funny or lighthearted for your business could still be considered news by Google, meaning that your reputation probably won’t be taking a hit in the eyes of the world’s most important search engine.

Everybody wants to go viral, but will it really get you anything? Well, unless your content is entertaining and relevant, it might not. Your drywall business probably won’t get much targeted, conversion-ready traffic by having a video of a cat playing a piano reach one million views on YouTube. On the other hand, building an audience and creating entertaining content through video can work wonders – even in so-called “boring” industries. For example, last month, GE released a bizarre but entertaining ad for light bulbs starring Jeff Goldblum. The video had 700,000 views in two days, and it’s now nearing two million. While it’s impossible for most small businesses to hire talent as famous and ubiquitous as Goldblum, the effect could theoretically be the same with any well-made entertaining content. The important part is that the video drove sales – the Home Depot website actually sold out of the light bulbs only three days after the ad went live.

As long as an entertainment-based campaign is conducted tastefully and correctly, small businesses likely won’t hurt their reputation or fail to gain sales. Even “boring” brands could see some benefit with a creative, properly planned and tastefully executed entertaining content campaign.