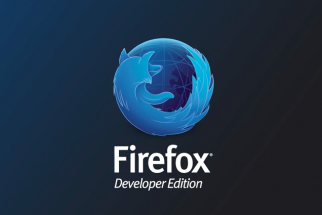 Mozilla’s Firefox browser definitely doesn’t have the popularity it once did. According to Adobe, Firefox was the second-leading browser behind Internet Explorer in U.S. desktop and mobile usage combined until around the end of 2011. At that point, Firefox was eclipsed by current leader Chrome, as well as Safari and Android browsers.

Experts attribute Firefox’s downturn to the fact that they’ve been notoriously absent in the mobile sphere. However, Mozilla does seem to be coming up with ways to solidify their small but dedicated user base, such as the new Firefox Developer Edition.

A Browser Created Specifically For Developers

Mozilla’s Firefox Developer Edition, launched this week, is intended to streamline workflow for developers. Instead of having to access multiple browsers, platforms and tools, Firefox Developer Edition attempts to address all of these needs in one place, regardless of whether a developer is targeting mobile, desktop or both. The new browser will not contain many of the typical safeguards common in consumer browsers, as these types of provisions often end up being frustrating workarounds for developers.

The theme of the browser is similar to Firefox developer tools in that it’s dark, streamlined and designed to maximize screen size. According to the Mozilla Blog, Firefox Developer Edition contains the WebIDE feature, which allows developers to create, deploy and debug apps directly in the browser. The “Firefox Tools Adapter,” renamed “Valence” in the new browser, allows users to test apps across multiple browsers including Firefox OS, Firefox for Android, Chrome, Android and Safari. Mozilla also provides a list of tools included in the Firefox Developer Edition that experienced developers are likely familiar with, including:

It’s important to note that the Firefox Developer Edition is replacing Mozilla’s Aurora developer channel. Check out what Dave Camp, director of Developer Tools for Mozilla, has to say about the new developer-friendly browser:

Firefox is celebrating 10 years of existence, and they’re adding some new features to their consumer browser. For example, users will be able to set DuckDuckGo as their pre-installed search option. For those who don’t know, DuckDuckGo is a search engine that’s increasing in popularity due to its strict policy of never tracking users or collecting user information.

Also, the new Firefox will feature a “Forget” option, which can help users easily clear out cookies, browser history and tabs opened during a specific time frame. For example, a user could have Firefox “forget” any cookies acquired and pages viewed in the last five minutes, two hours or 24 hours of browsing. According to Mozilla, these features represent their commitment to user choice and control.

Why Aren’t You Getting Higher Conversion Rates?
December 15, 2022