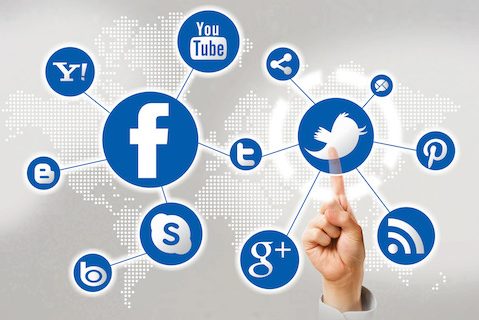 A Pew Research report published last week has outlined some of the major trends in social media use over the last year in America. Unsurprisingly, the popularity of many social networks continues to grow, with many platforms seeing significant increases in user numbers.

The report contains a ton of interesting findings that can help paint a picture of how social media is currently being used. For marketers, one of the most potentially crucial takeaways from the research involves the fact that 52 percent of internet-using adults now visit two or more social media sites.

In 2013, only 42 percent of online adults had multiple social profiles. Last year, however, it seems that many people branched out from Facebook and started spending time on other networks such as Twitter, Instagram, Pinterest and LinkedIn. Other very popular networks such as Google+ and Tumblr are curiously absent from the study. The matrix below shows just how popular Facebook is with users of other networks:

The percentage of online adults using social media is up overall. Since 2013, Twitter has seen and increase of five percent, LinkedIn is up six percent, Pinterest is up seven percent and Instagram is up nine percent. Fifty-three percent of young adults who use the internet use Instagram. LinkedIn is now visited by 50 percent of internet users who have college degrees. A big point of interest for marketers is the fact that 42 percent of women internet users now access Pinterest, while only 13 percent of men do the same.

The only social media site that did not see an increase in user numbers for 2014 was Facebook. They had 71 percent of adult internet users in 2013, and that number did not change last year. The stagnation could be due to the fact that teens are leaving the network while adults older than 65 are increasingly getting Facebook profiles. While the user numbers might not be skyrocketing like in other networks, Pew found that user engagement was highest on Facebook. In fact, 70 percent of their users engage with the site at least once per day – a much higher figure than any of the other networks can claim.

One of the most difficult aspects of social media marketing involves deciding which networks to invest the most time in. If this report can teach us anything, it’s that brands may find it effective to concentrate their efforts on more than one platform if possible.