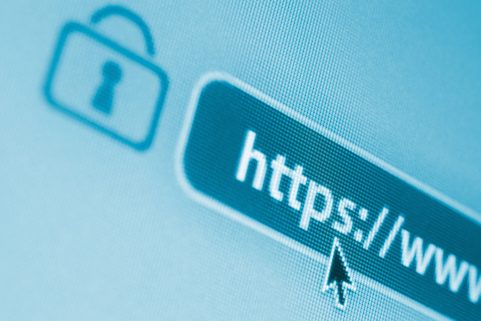 HTTPS May Be Essential in the Near Future

Just as Google has made it essential for your site to be mobile-friendly, another big industry change that promises to benefit all internet users could be on the way. Luckily, just like having a responsive design, it’s probably something you’ve been considering – if not already doing – for quite some time.

Basically, if your site isn’t secure, you could be seeing a drop in search engine rank and a depreciated value in browsers. This means making use of Secure Sockets Layer (SSL) encryption to switch to HTTPS as soon as possible.

Mozilla Leads the Way in Phasing Out Non-Secure HTTP

This week, Mozilla announced their plan to encourage a more secure web by phasing out features for sites that do not use HTTPS. They claim that HTTPS is the “way forward” for the internet, and they point to organizations such as the U.S. Government, the World Wide Web Consortium (W3C) and the Internet Engineering Task Force (IETF) who have been making similar claims for over a year. An HTTPS-only standard is considered by all these sources to be greatly beneficial for protecting internet users’ information and privacy.

While the goals are certainly worthwhile, the methods that Mozilla is taking to ensure sites begin switching to HTTPS have been described as somewhat audacious. The first step involves making all new features in Firefox completely unavailable to non-secure websites. Mozilla would set and publicly announce a date for when non-secure sites would no longer be able to take advantage of their latest browser features. The second step involves phasing out older Firefox features gradually for sites that do not use HTTPS.

This means that non-secure sites may eventually begin appearing as “broken” or “defective” to Firefox users. In this case, HTTPS could no longer really be considered optional for webmasters who get significant traffic from Firefox users. That traffic will no doubt begin to bounce quickly from your site if it’s not functioning correctly.

But Most People Use Chrome, Right?

Yes – many sources indicate that Google Chrome has a much higher market share than any other browser. However, HTTPS is important to Google as well. In fact, the Chrome team plans to begin prominently and clearly letting users know whenever they’re visiting a non-secure site. The changes could be coming as early as this year. Not to mention, HTTPS is already well-known to be a ranking factor in Google searches.

So, it’s imperative that webmasters begin a transformation to HTTPS if they don’t want to see their traffic or search rank drop later this year. Google provides a decent guide for migrating an existing site to HTTPS here.