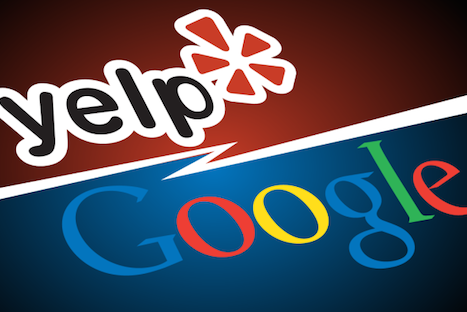 Google is no stranger legal action. Since its inception, the search giant has faced all sorts of lawsuits and accusations of wrongdoing. Now, Google is facing what might be its largest legal battle yet, as it prepares to defend itself against European Union charges that it’s been abusing its market power and violating EU antitrust laws.

To add to the legal woes, a new, ill-timed study – backed by Yelp – purports that Google deliberately manipulates search results to stifle competitors, limit consumer options, and draw traffic to their own content and products.

The author of the study, Tim Wu, is a former Federal Trade Commission (FTC) adviser and legal scholar. He and the other researchers came to the conclusion that Google is presenting a “degraded” version of its search product that’s “intentionally worse for consumers.” They reached this outcome after creating a browser plugin that mimics Google’s organic search but leaves out the OneBox feature. OneBox is the display that shows listings of local businesses and their respective locations on a map when conducting a local search. The problem with OneBox (as you’ve probably noticed) is that the majority of links that appear are often to Google’s own content – not Yelp’s – usually in the form of Google+ listings or reviews.

For the alternate plugin, researchers replaced OneBox with organic search results that Google’s algorithm originally selects as most relevant. Yelp then tested this alternate version of Google on 2,690 study participants. Overall, it was found that users were 45 percent more likely to click through on the alternate version as opposed to Google’s results.

Yelp Has Troubles of Its Own

Of course, it’s hard to look past the fact that Yelp paid for the study and also happens to be one of Google’s biggest competitors. Interestingly, however, Tim Wu has been known to defend Google in the past during an FTC investigation over biased search results. After the results of this study, Wu has changed his stance completely.

Not to mention, Yelp has been suffering from somewhat similar accusations of fraud as well. For years, people have suspected Yelp of being complicit in (or at least ignoring) fake or paid-for business reviews on their site. Now, Yelp seems to be clearly admitting that such deception does indeed happen, while also trying to warn consumers anytime there’s evidence of review fraud on a page.

Should Marketers Be Worried?

In some respects, digital marketers should absolutely be concerned about any evidence of Google manipulating search results. Knowing that Google could potentially change the results despite your best SEO efforts would definitely affect your overall approach to marketing any given site. It must always be remembered that Google is a for-profit company at the end of the day, and it’s unlikely that they could ever guarantee perfect fairness. At the same time, there are many tried-and-true SEO techniques that will likely continue to work well even if Google does change some search results to promote its own products and content. It’s an accusation that should definitely be investigated further, but there’s no reason to lose faith in Google or give up on trying to rank highly in the results pages.