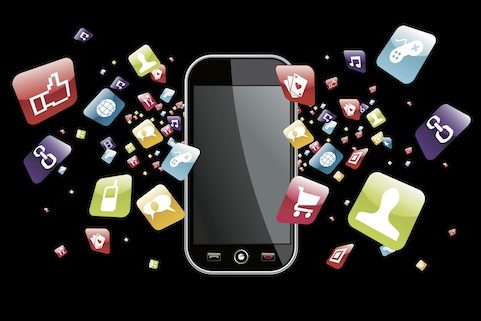 According to Business Insider, 65.5 percent of the millions of people who use smartphones fail to download any new apps in a given month. This is despite the fact that over 1.4 billion apps are available in Apple’s app store and 1.5 billion are available in Google Play.

Clearly, this data tells us that a majority of smartphone owners prefer to use and revisit a smaller number of apps rather than constantly downloading new ones. While this behavior could change over time, a new report from internet analytics company comScore reflects the current trends.

As far as the total market share for smartphone platforms is concerned, Android leads the way with 53.2 percent. Apple comes in a close second at 41.3 percent, followed by a huge drop for Microsoft, BlackBerry and Symbian at 3.6, 1.8 and 0.1 percent respectively. Of course, Apple is still very much on top of overall smartphone sales, nabbing 43.1 percent of the market share in April. The most used mobile apps were as follows:

No real surprises here. Facebook- and Google-owned properties make up the top seven most used mobile apps, and they also account for eight spots in the list overall. As was pointed out by Marketing Land, Snapchat has replaced the struggling Google+ app in the number 15 spot. Apps such as Yahoo Stocks and Yahoo Weather Widget, which were on comScore’s list of most used mobile apps in 2014, are also conspicuously absent – a telling representation of how that company has slid in popularity even in the last year.

Using mobile apps to market your brand using content is a relatively new concept. At the same time, the potential reach is undeniable. New content platforms like Snapchat Discover present new and varied opportunities to present content to users, especially if you’re targeting a younger audience. It’s estimated that Snapchat has nearly 200 million users, and its popularity is growing every day. Staying on top of content opportunities within popular mobile apps will no doubt continue to provide marketers with a way to edge out their competition.

Of course, many companies are also choosing to simply create their own dedicated apps. While this can certainly be a useful strategy, these types of apps face some serious challenges when trying to reach new customers. With the majority of smartphone users rarely downloading new apps and using less than 10 apps on a regular basis, it becomes clear that marketers will increasingly need to find ways to make their apps more engaging than their competitors.

If nothing else, the comScore data shows us that Facebook and YouTube’s gigantic reach isn’t going anywhere. Staying active on Facebook and marketing content on YouTube can allow you to tap into the millions of people who use those apps every day.