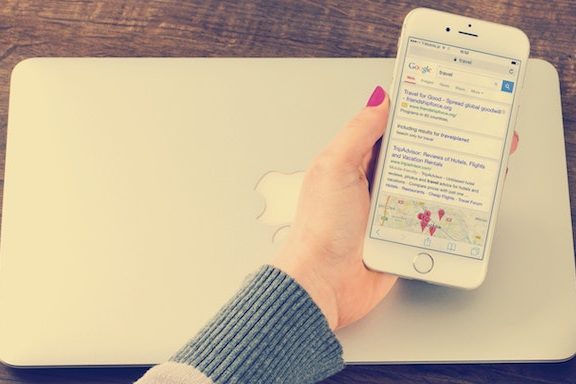 Announced earlier this year, Google’s “Speed Update” is officially beginning its rollout. This means that loading times on mobile will now affect search rankings, especially for the slowest sites.

Many webmasters are likely already trying to increase their site’s speed on mobile if for no other reason than to improve user experience. If you’re in this position, you may be ahead of the game – a new report from Searchmetrics indicates that load speed has already been affecting Google rankings. However, your pages may need to load even faster than previously thought to see any SEO benefit after this update.

For the new study, the Searchmetrics team analyzed thousands of organic mobile search results, including pages in industries such as finance, eCommerce, health, travel and media. To determine page load speeds, researchers used a high-speed connection to measure the elapsed time between the first request sent by their browser and the point at which the browser finishes processing the Document Object Model of the page they clicked on. Even if you don’t quite understand these technical aspects, the important thing is that the researchers used a consistent method for every page they tested.

Can Your Site Load in Under Two Seconds?

Perhaps the biggest takeaway from this study is that slower sites will have to make significant speed advancements in order to see any SEO benefit. The findings indicate that load speed improvements of six to five seconds, for example, don’t really have much of an impact. Instead, pages must load in under two seconds to stand any chance of getting in the top five spots. In fact, 32 percent of pages ranked in the top five consistently loaded within one second. Less than 25 percent of the pages in spots 6-10 were able to load this quickly.

Load speed times of two seconds or less is even faster than Google has previously recommended.

Despite Google claiming that the use of Accelerated Mobile Pages (AMP) is not a ranking signal, the study found that AMP pages are extremely common in search results. AMP results appeared on the first page for around 61 percent of the keywords tested. And while it’s no surprise that a high percentage of media sites use AMP, the study indicates that AMP implementation is on the rise in other sectors as well:

So, while it may be true that the use of AMP itself is not a ranking factor, AMP does allow pages to load impressively fast on mobile. This increase in load time could in turn lead to better rankings for those pages.

Test and Re-Test Your Site

With the Speed Update rolling out and Mobile-First indexing already here, businesses simply can’t afford to ignore their page load times on mobile. Google offers a mobile-friendly test, which provides specific advice for steps that can be taken to improve loading times.

However, the most effective solution may be to partner with a developer who can deeply analyze the construction and makeup of your site and work with you to implement improvements that will significantly increase your site speed. Not only can a faster site help improve your search rankings, it also creates a better experience for your visitors, potentially leading to more leads and sales for your business.