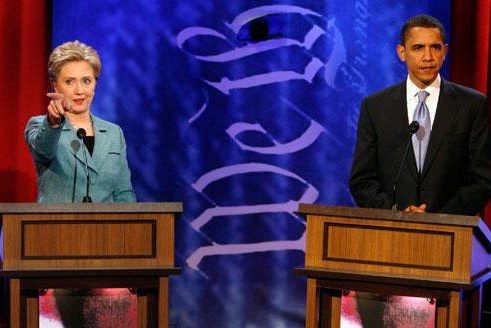 E-Revolution: How to Start a Political Movement Online

In the war for the 2008 Democratic presidential nomination, voters were left with a difficult choice between political upstart Barack Obama or former first lady and New York senator Hillary Clinton.

For the most part, both democratic candidates agreed on the major domestic, social, and foreign policy issues. This, in turn, caused many registered Democratic primary voters to scratch their heads and, subsequently, care little about which democratic candidate actually won the nomination so long as the current administration’s policies would be altered going forward.

Of course, the fact that Obama won the primaries, and ultimately the general election in November, was based on far more than random chance. But why did Hilary lose, exactly? The answer, according to many political analysts, lies in massive campaign strategy differences. While Clinton leaned heavily on the top-down, TV-driven, old fashioned campaign style that has been commonplace since the 1960’s, Obama worked from the bottom-up, and built his campaign around grassroots marketing.

Obama knew, however, that word-of-mouth advertising and door-to-door campaigning simply wouldn’t be efficient enough in the face of such a daunting challenge. Instead, he took advantage of the most powerful marketing tools available: the Internet in general, and social media sites in particular.

Fast-forward nearly 2.5 years, and social media sites such as Linkedin (90 million users), Twitter (190 million users), Facebook (41.6% of the US population) and Youtube (virtually everyone with broadband Internet) are even more popular, accessible and versatile than they were during the 2008 election race. Although your political aspirations might not include a presidential bid just yet, you can copy Obama’s marketing strategy to start your own political movement online by following a few simple steps.

Step #1 – Get Connected with a Broadband-Enabled Laptop: For the leader of a political movement, a globally connected laptop computer is a necessity, not a luxury. Laptops with wi-fi and 4g coverage allow you to contribute to the progress of your movement at all times. You’ll be able to post blog entries, upload photos and videos, post tweets and publish news updates as soon as they’re relevant.

Step #2 – Base Your Political Movement Around Your Passion: It’s vital to base your political movement around something near and dear to your heart, something that you truly feel would benefit from change. Ask yourself, what’s important to myself and my community? Start by considering aspects of your local government, whether they’re environmental, economic, social or political, and determine a cause that you can passionately support. Without the proper motivation, no amount of campaign strategy will solve the issue at hand.

Further, you should be realistic in choosing a goal for your political movement. Lobbying for overriding changes in national policy might be overly ambitious, while identifying a problem in your local community and gathering the support of likeminded individuals who also seek a solution to that problem is far more attainable.

Step #3 – Create a Document Outlining Your Political Movement: This document should include a detailed summary of your political movement, including your goals and the ways in which you plan to accomplish them. Be specific, and include details such as why you think a particular issue is a problem, what will be needed in order to fix the problem, who will benefit from you movement, and what those benefits will entail.

Step #5 – Create a Logo and a Slogan: Your logo should represent your political movement, and serve as an attractive and professional branding that you can place on advertising materials. Unless you’re artistically inclined, it is advisable to seek the help of a professional graphic designer. The fees you’ll pay up front will prove to be a good investment when your logo is finished.

As for a good example of a slogan, we can look back to a popular catchphrase that was often thrown around during Obama’s presidential run, and earlier in 2004 during the Bush v. Kerry presidential election: Vote for Change. In a mere three words, this slogan serves as both a call to action and a representation of an ideal.

Obama appealed to the weary sensibilities of an American public that he believed was looking for a distinct change from current policies. Meanwhile, the first word of the slogan served as an actionable instruction: “vote.” The beauty of the slogan lies in its simplicity, and the fact that it leaves the individual with a clear idea of what they need to do in order to support a certain cause.

For these reasons, it is important to create a slogan that is concise, direct and preferably actionable. Further, your slogan should immediately give your audience an idea of what you’re trying to accomplish, if not how you plan to accomplish it.

Step #6 – Spread the Word Through Social Media Sites: By this point, your political movement should be ideologically solidified, aesthetically sound, and ready for the masses. Now is the time to start advertising your movement and gathering support through social media sites, including Youtube, Twitter and Facebook.

Create a Facebook page dedicated to your movement, and be sure to include every detail of your campaign. Seek out similar pages and make their members aware of your organization. Update the page with fresh content regularly to continue building support after the initial surge in interest, which may consist largely of your existing Facebook friends. Use the Events section of your Facebook page to schedule live and online events that directly relate to your cause.

Twitter is an ideal medium for posting regular updates about your political movement. Meanwhile, you can create and post videos to Youtube that will generate interest in your movement. Clever and humorous videos can become viral in a matter of days or even hours, and may serve as a method of inciting average Internet users to seek more information about your cause.

Step #7 – Interact with Your Growing Support Base: As the leader of a growing political movement, you simply can’t afford to appear aloof or disinterested in your cause. Listen to the feedback you receive from your support base, and address their concerns quickly.