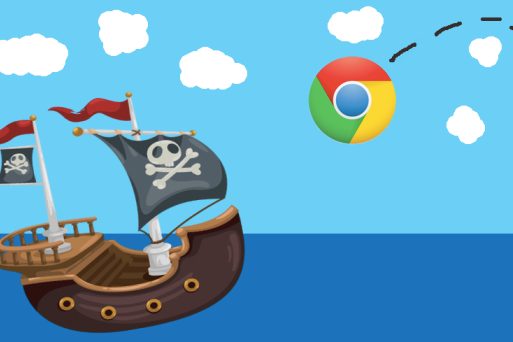 Beginning this week, Google will implement and enforce a new “pirate penalty” against web sites that regularly and knowingly violate a variety of copyright infringement laws.

If your web site happens to be a frequent recipient of copyright violation complaints, you might want to rethink the way you handle content and protected media if you wish to remain indexed in Google’s search engine results. A Google Transparency Report lists a variety of web sites that are considered the worst offenders in the search giant’s new crackdown on copyright infringement.

However, a report by Danny Sullivan over at Search Engine Land indicates that popular sites that primarily deal in user-generated content, such as YouTube (which just so happens to be owned by the Big G), will be spared from the pirate penalty.

Pirate Penalty Based Solely on Number of Notices Issued?

So, YouTube should be receiving a massive pirate penalty this week, right?

Other Factors at Play

In a more recent conversation with Sullivan, Google said that YouTube and other popular websites would be spared from the pirate penalty because more factors than just the total number of infringement notices would go into assessing the penalty. Some of the other sites Google intends to exclude from the penalty include Twitter, Tumblr, IMDB and Facebook – but why?

Google isn’t revealing any more details, but Sullivan suggests that Google will be accounting for factors like overall linking profile, amount of content sharing taking place, and other aspects that would indicate the “legitimacy” of a site. In other words, if a site has already taken steps to bolster its reputation as an authoritative online destination, they’ll probably be unaffected by the penalty.

Sullivan also predicts that Google’s pirate penalty algorithms are designed to avoid doling out penalties to sites that already make strong internal efforts to mitigate the publishing of copyrighted materials. YouTube at least makes an effort to do this, while the average bit torrent file sharing site does not, and Google is likely accounting for this when assessing penalties.