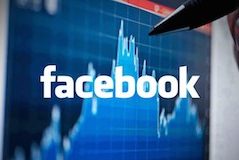 The term “organic reach” refers to the number of people that can be reached simply by posting content to your business’s Facebook page and having it appear in users’ news feeds. Organic reach is one of the main reasons why marketing on Facebook seems so effective – it’s free, simple and has the potential to net some huge exposure.

Unfortunately, it seems that organic reach is going extinct. It’s been known for months that Facebook was in the process of cutting down the organic reach that businesses could have, but it was unclear how bad it would be until a new report revealed the exact statistics.

Findings of the Report

The report analyzed engagement statistics for the 10 brands on Facebook that have the most followers. Despite these brands increasing the amount of content they posted by around 20 percent, they experienced an average 40 percent decline in engagement from May 2013 to May 2014. Specifically, engagement for Disney declined 21.43 percent, Starbucks decreased by 29.43 percent, and Intel went down 36.34 percent. Hit hardest were Ferrari and Audi USA, which decreased in engagement by 81.73 and 94.77 percent, respectively.

Because these companies posted more content during these decreases, the engagement that they generated per post also plummeted by around 50 percent. The only brands out of the top 10 that actually saw increases in user engagement were Harley-Davidson and MTV.

Response to the Decline

Many brands and marketers have understandably shuddered at the report, leading to speculation that Facebook marketing might not exactly be worth the time and money. Others claim that this is just Facebook’s way of getting companies to pay for ads, or even eventually forcing companies to pay simply to access their followers. Nobody should be too surprised by this, however. In fact, a Social@Ogilvy report stated back in February that the end of organic reach is inevitable.

Facebook’s response to concerns about organic reach were discussed in a blog post written by Brian Boland, the Ads Product Marketing team leader at Facebook. He states that organic reach is declining for two main reasons:

According to Boland, an average news feed could show over 1,500 new pieces of content every time a user checks their Facebook; however, the news feed is designed to show only about 300 new stories. The stories are whittled down using an algorithm so that only the most relevant content for each user is displayed. Boland maintains that the decline in organic reach is not to force companies to pay for ads but to maintain the best user experience possible. He also states that other social media platforms have already headed in this direction.

The answer is still yes, but social media marketers may need to change up their strategies a bit. In Boland’s blog post, he gives examples of how both big and small businesses have recently benefited from marketing on Facebook. In general, here’s what your business can do:

Only time will tell what the best strategies will end up being after organic reach goes to zero. As with all social media marketing, it’s essential to be able to roll with the punches. If your campaigns don’t seem to work but you know you need to focus on Facebook marketing, it also might just be time to pony up and look into paid ads.