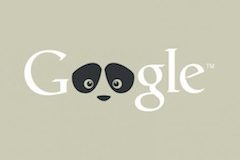 Did Panda 4.0 Signal the End of Press Releases?

Press releases have long been considered a powerful SEO and marketing technique. A well-written and marketed press release can allow a company to announce news related to their business to a wide audience. When accepted by reputable PR syndicates like PR Newswire and PRWeb, a press release can be a source of high-quality backlinks, especially after being picked up by other quality sites.

While some SEO experts maintain that this technique has been on its way out for some time, Google’s most recent Panda update might be the final nail in the press release coffin.

How Panda 4.0 is Affecting SEO

Anybody who deals with search engine optimization and online marketing is likely trying to keep up-to-date with Google’s Panda updates, which are specifically intended to prevent “thin” content from ranking above sites that Google deems high quality. Google rolled out their first Panda update in February of 2011, and several updates have occurred since. The first update had an impact on nearly 12 percent of search results, so it’s important to keep an eye on how Panda is affecting the world of search.

On May 20, Google’s head of web spam, Matt Cutts, announced on Twitter that Panda 4.0 was rolling out. Since then, it’s been reported that PR sites like BusinessWire and PRLog have taken huge hits in SEO visibility. According so Search Engine Land, PRNewsWire.com experienced a drop of around 63 percent, while PRWeb dropped a whopping 71 percent. Other sites that took a hit in rankings include eBay, Ask.com and Biography.com.

Who’s to Blame For the Decline of Press Releases?

Should Google be frowned upon for diminishing the value of a hundred-year-old PR technique? Not necessarily. Marketers should have seen this coming, as Google has been targeting press releases for months now. While it’s up for debate, many would argue that the people who have been using press releases solely as a way to get backlinks are the real culprits. Google will continue to try thwarting the use of valueless promotional content, which is arguably what many press releases became.

How to Recover From Google Panda 4.0 Penalties

All in all, the press release is not dead, but it might need to be approached differently. Techniques that should be taken right now may vary according to your individual situation. If you’ve taken a hit in visibility and traffic over the past month and you’ve been using press releases as marketing tools, you may want to consider changing links from those releases to “nofollow” and seeing if your visibility improves.

In the future, press releases need to be approached as high-quality pieces of content that announce newsworthy items, rather than being vehicles for backlinks. While it might not have the sheer backlink power it had in the past, the press release can still increase visibility without risking a Google penalty if approached in this way. Avoiding things like keyword stuffing, submitting releases to tons of different sites, clearly optimized anchor texts and multiple links were always good ideas, but they’re even more important now. Also, it’s always a good idea to diversify your SEO tactics instead of concentrating on one strategy for increasing your visibility.

Finally, it must be remembered that Google’s ultimate goal is to return the best and most relevant content related to a user’s search. Panda updates are Google’s attempt to weed out sites that engage in tactics that they deem as “gaming the system.” Staying within Google’s quality content guidelines should, barring any big shakeups, prevent your site from getting slapped by a Panda update in the future.