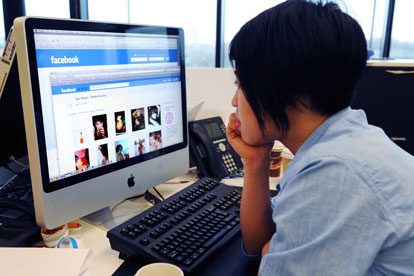 It seems counterintuitive that social media users would actually be unhappy with services they spend so much time on, but that’s exactly the case according to a new report from the American Customer Satisfaction Index. While the social media consumer satisfaction numbers have generally increased overall, they’re still pretty low in the grand scheme of things.

Facebook is one of the most poorly rated, despite boasting 680 million users worldwide. These users spend an average of 6.75 hours on the social media platform every month.

After completing their research, the ACSI uses a scoring system to rate industries and companies out of 100. As far as social media goes, Pinterest came out on top with a score of 76. Google+ came in at 71. Twitter scored 69, which was a 6-point improvement over last year. Tied for the bottom are Facebook and LinkedIn, which both scored 67. Both of these companies were up eight points from last year.

So, while things do seem to be improving, social media consumer satisfaction still remains quite low. In fact, social media is one of the worst-performing industries tracked. The only industries that consumers were more unhappy with were airlines, subscription television and, bottoming out the list, Internet service providers.

Pinterest is thought to have topped the list due to its recently improved search functions and features. As far as Facebook and Twitter are concerned, David VanAmburg of the ACSI indicated in a press release that the social media giants’ poor performance likely has much to do with the advertising that has seen a big push on both sites during this past year. He stated that he was actually surprised to see social media companies make any gains at all, and he seemed to indicate that their numbers could fall back as they continue to monetize their users.

In a section of the report that should shock exactly no one, Google came out on top for customer satisfaction among search engines. They received a score of 83, which is an 8-point increase from last year. Bing fell 4 points to 73, while Yahoo! plummeted 7 points to 71. The bottom of the category, however, belongs to AOL at 70. Typically, people seem to prefer search engines to newspapers or social media due to the freshness of the content. Once again, ads are often what people disapprove of during search, but it seems to be slightly more acceptable on search engines than on social media or other sites.

While social media sites, and Facebook in particular, are currently struggling to make their user experience better, there’s no sign that people will stop using them any time soon. For now, marketers may want to figure out how to improve their user experience within the confines of the different social media platforms in order to stay ahead of the game. At the very least, this report could be seen as yet another reason to try marketing on Pinterest.