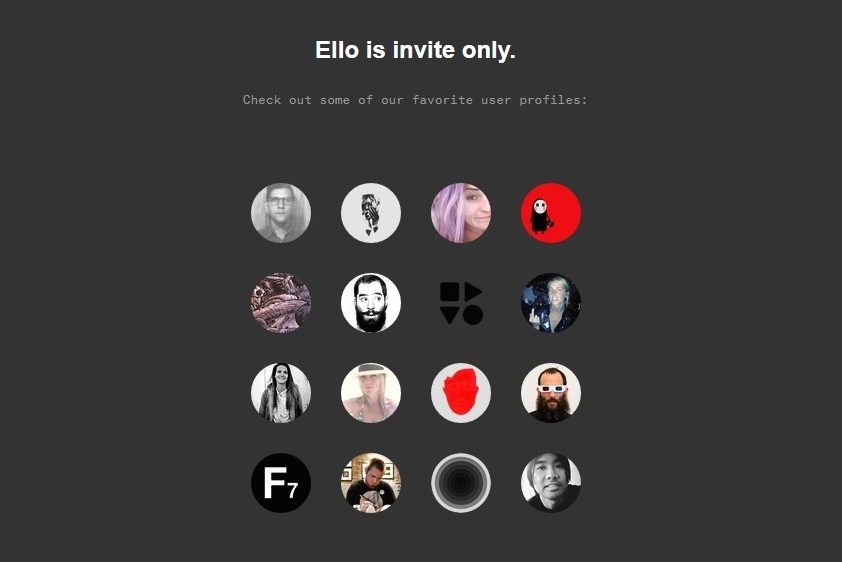 Earlier this month, we reported how smaller social networks might be the future of social media. They potentially offer more intimate connections with like-minded members, without forcing users to maintain a profile that’s acceptable to hundreds – if not thousands – of different people.

Social media advertising is one of the biggest points of contention with large networks. Now, despite users hating Facebook ads, the social giant is expanding their ad reach indefinitely. Coincidentally, the ad-free Ello network has simultaneously seen huge gains in membership.

Atlas, an ad technology that Facebook purchased from Microsoft last year, will allow ad partners to reach people well outside of Facebook’s website and related apps. Launching today, the service promises “people-based marketing,” in which brands can tap Facebook’s mammoth vault of user data to place targeted, personalized ads on a variety of devices, platforms and sites all over the Internet. Atlas will also provide advertisers with some tools to track the impact of their ads. According to Atlas’ launch announcement, Pepsi and Intel are among the first clients to test the service.

Because Facebook has such deep, thorough data on its users, it’s thought that the targeting capabilities of a social media advertising technology such as Atlas could be more effective than ad services that rely heavily on cookies. As an example, the New York Times points out that Pepsi could use Atlas data to target millions of college-aged men, placing dozens of ads for drinks such as Mountain Dew on tons of different sports sites, video sites and game apps. The specificity is key; basically, if you wanted to target your ads to female New Yorkers over the age of 40 who enjoy doing yoga and watching Mad Men, Atlas could probably help you do it.

All this data mining definitely raises some privacy concerns. Of course, Facebook claims to never reveal the identities of users when providing data to companies. So, while the service could be hugely useful for marketers, everyday Facebook users might feel violated by the development. In fact, the distrust of Facebook is evidenced by the recent growth of Ello.

Ello Claims to be the Anti-Facebook

Ello is the latest social network to be taking the world by storm. It’s currently invite-only, but that hasn’t stopped it from getting up to 31,000 invitation requests per hour. The network is gaining all this traction due to their strong stance against social media advertising. Their manifesto is simple: “You are not a product.” Ello claims that it will always be ad-free, and it will never track your activity or sell your data to advertisers. It also allows users to choose “friends” or “noise” when following someone in order to tailor who you actually see updates from (sort of like a simpler version of Google+’s circles).

But is their model sustainable? Many experts have already pointed out that Ello cannot continue to exist without somehow making money. A plan to provide some “premium features” or a “pay-what-you want” model may be in the works, but it’s unlikely that revenue from such sources could sustain a social network with thousands and thousands of users. Also, the network currently has no privacy features, which definitely defeats part of its purpose. It’s also unclear whether or not users will be able to post salesy-type statuses, eventually making the network just as susceptible to social media advertising as anything else. And let’s not forget – just because people join Ello, doesn’t mean they’re also deleting their Facebook accounts.

Facebook didn’t have ads when it started. Neither did Twitter or Tumblr. But networks have to make money somehow. Also, Ello is founded on the principle that people care about their personal data being sold to advertisers, but that really might not be the case. At the same time, people might start to care a lot more with the launch of Atlas. So what do you think? Will people care enough about their data at this point to delete their Facebook and use Ello exclusively? Or is Ello an unsustainable flash in the pan?