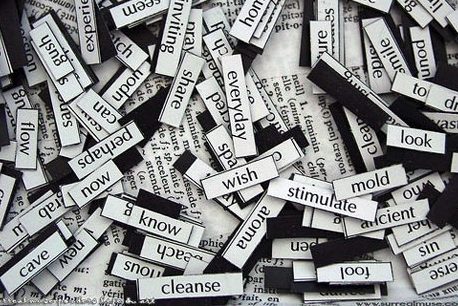 6 Tips For Avoiding Filler and Fluffy Writing in Your Content

Everybody knows that getting visitors to your website is tough. Unfortunately, keeping visitors on your site is just as difficult. Your content needs to be engaging and concise if it’s going to stand any chance of keeping a reader’s attention. Realistically, most visitors don’t finish written content and many don’t even scroll down at all, so it’s essential to make sure your writing accomplishes goals quickly.

One of the biggest attention-killers is fluffy writing. Content that’s too wordy or full of meaningless filler will no doubt push fickle readers away. Here’s what to avoid:

Writers will sometimes pad articles with information that goes without saying. For example, imagine visiting a Christmas supply website and seeing the sentence, “Christmas is enjoyed by people all over the world.” This is something that nearly anybody who’s visiting your site already knows – it’s fluffy writing that doesn’t serve any actual purpose. When it comes to sales copy, many readers will appreciate you getting to the point without statements like these.

While an occasional cliche can be effective, too many of them can make your writing seem unoriginal, uninspired or just plain lazy. Business writing often falls victim to this by including phrases like “highest quality,” “one-stop-shop,” or “you’ve tried the rest, now try the best.” Readers who’ve heard these phrases hundreds of times may begin to tune out when they see them on your site. Be particularly aware of cliches at the beginning of your content.

Wordiness and overblown language are perhaps the most classic indicators of fluffy writing. Writers may do this to pad a word count in a blog or to sound like an expert. However, authoritative writing actually involves just the opposite. Readers will always appreciate succinctness and clarity, and getting to the point is almost essential considering the amount of content on the internet and the relatively short attention spans of the readers.

Simply ask yourself if a sentence could be written with fewer words. For example, instead of writing, “The reason for the teacher’s punishment of the student involved the student’s repeated tardiness,” simply write “The teacher punished the student due to repeated tardiness.” When language is overblown, a sentence could sound like, “In the current tumultuous state of our educational system, teachers spend an unwarrantable amount of time with extracurricular endeavors for which they are not paid.” A more appropriate sentence would be, “In the U.S., many teachers are not paid for the extra time they spend with students.” In other words, keep your thesaurus use within reason.

Avoiding redundancy across an article means checking to ensure you aren’t making the same point over and over. Watch out for two sentences in a row that essentially say the same thing. Also make sure your conclusion isn’t just a restatement of your introduction.

Active voice isn’t necessarily a requirement 100 percent of the time. However, if you try to avoid passive voice while creating content, you can sidestep some of the pitfalls of fluffy writing. Basically, active voice involves writing so that a sentence’s subject performs an action rather than being acted upon. For example, a sentence in passive voice could sound like, “The student was not reprimanded for his inappropriate comment, which was ignored by the teacher.” In active voice, the sentence would read, “The teacher chose to ignore the inappropriate comment instead of reprimanding the student.” Also, “chose to ignore” could simply be “ignored.”

Few things are more likely to cause a reader to stray than an off-topic tangent. Solve the reader’s problem without including a bunch of irrelevant information. Also, be sure to deliver content that fulfills the promise of its headline.

Plan Before, Edit After

Fluffy writing often occurs when a writer has not laid out a plan for the content before starting. Making an outline of the article and brainstorming for even just a few minutes can ensure the writing stays on topic, isn’t redundant and doesn’t rely on cliches that often pop into a writer’s mind. Once the content has been created, it needs to be proofread with all these tips in mind. Read it over several times and get somebody else to read the content as well. Also, you can let a team of professional academic writers help you online by mean of preparing your content for college or school – from scratch. Careful analyzation can mean all the difference when it comes to lowering your bounce rate and increasing conversions.