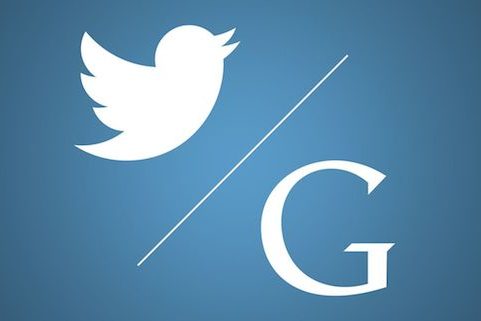 Google users may remember back in 2009 when live tweets started appearing in search results in near-real time. Google described the idea as a way to provide up-to-the-minute data related to users’ queries, while also being financially beneficial for both Twitter and themselves.

That agreement lapsed in 2011 due to the two companies disagreeing about how exactly Twitter’s data would be used and displayed. The creation of Google+ at that time may also have caused Google to become disinterested in supporting another social network. However, according to Bloomberg, the deal is back on.

Twitter enters this revived deal during somewhat of a slow time for the company. While the microblogging platform currently has around 284 million users, it simply is not growing as quickly as big competitors like Facebook and Instagram that have 1.4 billion and 300 million users respectively. Also, Twitter stock has dropped from around $66 per share a year ago to about $40 per share now. Although Twitter won’t get advertising revenue from Google, it’s thought that they’ll acquire revenue from data licensing. This type of revenue earned them $41 million in the third quarter of 2014.

Google can currently display tweets in its search results, but only after it crawls Twitter for data. This new deal will give Google access to Twitter’s “firehose,” meaning that the flow of data constantly being created by Twitter users will be available to Google in real time. Twitter hopes that live tweets in the search results will lead to further exposure beyond their main platform. Clicking on a tweet in the SERPs may lead to a person signing up for Twitter or embedding a tweet on a site they operate.

Another Nail in the Google+ Coffin?

Much has been reported about the murky future of Google+ as a social networking platform. Several events from last year suggest that Google is trying to downplay or even abandon Google+. Many believe that Google+ will undergo a shift in purpose, becoming less of a social network and more of a platform that ties all of Google’s other services together. There’s even evidence that Google+ could be reporting misleading user numbers to make the network appear more successful than it actually is.

Currently, Google+ status updates can appear in Google’s search results when you’re logged into Google+. However, these updates will now be competing with live tweets for attention, regardless of whether or not you’re logged into Twitter. Also, Twitter is simply a much more active network. The fact that Google+ was one of the reasons the first Google-Twitter deal came to an end is just further proof that Google might now be deemphasizing their social platform.

Social is as Important as Ever

For people who want to grow their brand and develop their web presence, now’s a good time to get active on Twitter. In the past, live tweets were displayed quite prominently. Anybody searching for something relevant to your business might end up seeing your tweets right at the top of the results page, regardless of your website’s Google ranking for whatever was searched. Of course, you’ll only see benefit from this technique if you tweet regularly and often. Tweeting about any breaking news related to your business’s niche might prove very beneficial.

Live tweets are expected to arrive in the search results within the next few months.