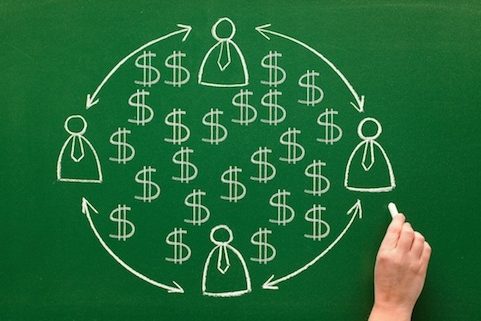 Spending on Social Ads to Reach $23 Billion This Year

Last year, Brian Carter of Moz suggested that every business should spend at least one dollar per day on Facebook ads. He cited how cost-effective the ads can be, pointing out their low cost-per-impression, their sophisticated targeting, and their unprecedented reach capabilities.

As of now, tons of businesses seem to be collectively spending at least that much on ads for Facebook, Twitter, LinkedIn and other social networks. According to a report from digital consulting firm eMarketer, the worldwide spending total could exceed $23 billion in 2015.

The report states that spending on social ads will likely reach $35.98 billion by 2017. Currently, social ads make up 16 percent of all spending on digital ads throughout the world. It’s also expected that social ad spending will increase by a whopping 31 percent in the United States and Canada this year, putting the total spending in that region above $10 billion. The amount that’s expected to be paid in other areas of the world in 2015 are:

These stats indicate that advertisers in the U.S. and Canada are spending over $50 for every social media user in that region. It’s expected that the amount of advertising per user will increase to $71.37 in just two years. In Western Europe, advertisers are spending $25.26 per user, while only $8.04 is currently spent per user in the Asia-Pacific region.

No surprise here: the network that generates the most revenue from social ads is Facebook. eMarketer estimates that Facebook will generate $15.50 billion this year, making up 65.5 percent of all spending on social ads worldwide. Twitter is expected to earn $2.09 billion, which will account for 8.8 percent of total spending. The ad revenue for LinkedIn is expected to be around $900 million, which means that their ad share will actually drop from 4.2 percent last year to 3.8 percent in 2015. Of course, these numbers pale in comparison to the biggest name in digital advertising – Google. While Google’s social network, Google+, doesn’t directly generate much ad revenue, it’s believed that the company’s AdWords system has been known to make well over 30 billion each year for the past few years.

But Do They Work?

These numbers suggest that social ads on Facebook, Twitter and LinkedIn are working for many, many businesses. Indeed, both Facebook and Twitter have pages dedicated to detailing the many successes that businesses have had with their respective social ads. At the same time, there are those that feel Facebook has unfairly pushed companies into paying for ads by decreasing their organic reach. Then, once a company does start paying, much of the attention they get comes from fake sources that do more harm than good. So for anybody who’s on the fence about trying social ads, perhaps it would be best to take Brian Carter’s advice and see where one dollar per day gets you. Just keep in mind that it’s going to get more and more expensive to get your ads seen.