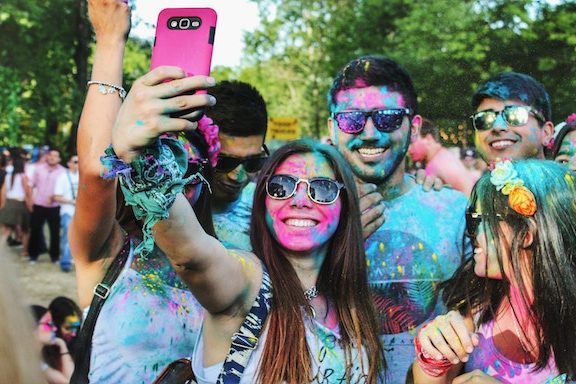 Which Social Media Sites do Millennials Use Every Day?

When it comes to social media, millennials are dialed in. They connect, they communicate, they engage. Social media defines their lives. It’s something many of them feel they have known all their lives, as intrinsic as television or electricity. They use it to replace a host of services and activities: text messages, garage sales, photo albums and more.

But what sites do they use, and how often? The internet evolves. Like everything else, it is bound to trends and shifts in public perception. There was a time when everyone had their own GeoCities website, their own MySpace page. The online world changes, and it changes quickly.

In terms of advertising, branding and marketing, you have to know where to put your content to hit the right target demographic. It’s critical to understand what sites millennials use, how often they use them and where you can have the biggest impact. It’s also crucial to keep one eye on the changes and the trends so that you can adapt your approach when necessary.

The giant for more than a decade has been Facebook. It started on college campuses and now includes everyone. Does that hurt it? Sure. A lot of millennials say that they feel uncomfortable using it or that they don’t trust the site. But that does not keep them from using it. One 19-year-old man summed it up perfectly when he said: “I don’t like to go on Facebook anymore, but, I mean, I still do it.”

How often do they do it? Some reports note that 88 percent use Facebook to get their news. A full 57 percent said that they use it every day, the highest mark for any social media site, and 31 percent said that they use it occasionally. Clearly, Facebook still draws an incredible amount of traffic, despite its changes and despite its faults. It is still the industry leader.

What you really want with advertising is daily use, whether it’s on a computer or a smartphone. While Facebook does lead the way, let’s take a look at a few of the other major social sites. In terms of daily use, the statistics look like this:

Of course, it’s not all about pure traffic. You also have to decide what you want your campaign to look like and where it fits the best. For instance, YouTube advertising tends to be passive and similar to television ads. Reddit is a far more engaging community, despite being smaller, so advertising has to play into that. Pinterest and Instagram prioritize images over everything else, while Tumblr offers a platform for multiple types of media.

You may also want to think about social media connections. For instance, Facebook bought Instagram for $1 billion back in 2012. The two integrate easily, and many users simply link their profiles and crosspost everything. How does that functionality impact your plans and how can you make the most of it?

Daily use may be best for connecting with consumers, but occasional use still has its value. Statistically, the following shows how many millennials said that they use social sites other than Facebook on occasion:

Perhaps most notable is the fact that YouTube sees nearly the same usage rate as Facebook, it just sees it on occasion, whereas Facebook sees that rate every day. It’s also interesting to see that Facebook and Instagram — again, two that are linked — are the only sites that see more daily use than occasional use.

This information can help you make informed decisions and decide what type of social media campaign you want to run. Understanding your audience is critical, and millennials influence the internet like no one else. Make sure your complete marketing campaign is perfectly set up to capitalize on current traffic while also keeping one eye on the trends and changes to stay ahead of the industry.