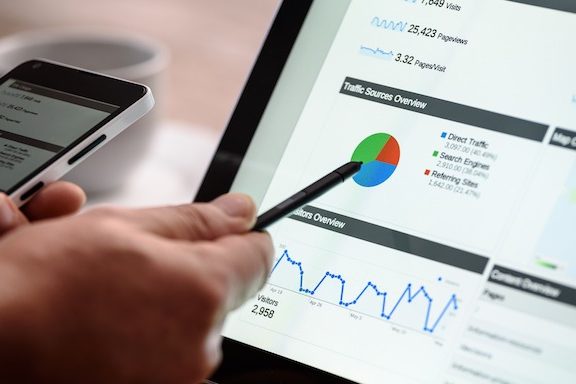 Search Engines by the Numbers

In the early days of the internet, search engines were still brand new and there was uncertainty about which ones would catch on and how users would interact with the various brands. You had options like AltaVista (1995), Ask Jeeves (1996) and HotBot (1996). Over the years, many of these brands have declined or been purchased. HotBot now uses Bing for searches, Ask Jeeves got rebranded as Ask and AltaVista was bought out by Yahoo! and then shut down. Most search traffic now falls into predictable patterns with a few companies dominating the traffic, and it’s important to look at exactly what the numbers show.

As of the latest compiled statistics for July of 2018, a total of 11.74 billion search queries went through Google. That’s just for July. This also represents a massive 63.2 percent of all searches that users ran on desktop computers. Google is the clear leader in search traffic, something that has been true for the past decade, and it’s not even really all that close.

Coming in second in July of 2018 was Microsoft, with 4.5 billion search queries. The main portal for those queries is Bing, but Microsoft has also purchased other brands over the years to create a network of sites with the same end goals. As noted above, HotBot has used Bing since it became privately owned.

The Oath network came in third, with 2.12 billion searches in July. While this brand name may not be instantly recognizable to a lot of users, they may still have run searches through the company without knowing it. Oath is linked to Verizon and owns numerous different brands in the tech and online space, such as Engadget, Moviefone, HuffPost, Makers and TechCrunch. Notably, they also own Yahoo!, which has long been one of the top search engines.

Finally, the aforementioned Ask network accounted for just 0.2 billion searches. It has been last in these rankings over this decade, peaking at 0.6 billion searches back in October of 2010.

Of course, catering your SEO strategies to your audience means projecting what will happen in the future, not just reacting to what is happening now, so you must look at some of the clear trends. They can tell you how to plan for the future and what direction users are heading.

Though Google is still the dominant force in this space, it has declined from a peak in April of 2013, when it handled 13.66 billion searches. It then fell fairly consistently all the way until April of 2017, with four years of losses reaching 9.61 billion searches. It has since rebounded to hit the summer total of 11.74 billion noted above. While it is in the midst of an upward trend, it is still notably lower than the 2013 high.

That said, Google has utterly dominated in the mobile space, which is where more and more searches originate. In October of 2017, Google got a stunning 94.4 percent of searches on smartphones, tablets and other mobile devices. Google’s leading statistics on desktop devices pale in comparison to this utter dominance on mobile platforms. Brands that are looking to optimize for mobile traffic must be aware of this and understand that their audience, regardless of the type of device they use, turns to Google for almost every single search.

While Oath has remained fairly consistent over the last decade (2.33 billion searches in January of 2008 and 2.12 billion in July of 2018), there has been a massive surge by Microsoft. Their sites handled just 1 billion searches in January of 2008, barely above the Ask Network and well below Oath. They have consistently risen over the past decade, passing Oath for the second spot in 2012. October of 2012 saw 2.82 billion searches. That rise has only continued to the 4.5 billion handled in July 2018. While Microsoft still has a long way to go to catch Google, especially as Google’s downward trend reverses and traffic increases again, it has certainly made up the most ground and it is the only company to show that consistent growth.

These trends and statistics can help you create SEO strategies that cater to your audience and their preferred search engine. This is especially useful for mobile marketing, which continues to show massive growth as the reliance on smartphones increases. Keep all of this in mind when optimizing and designing both your site and your digital marketing plan.