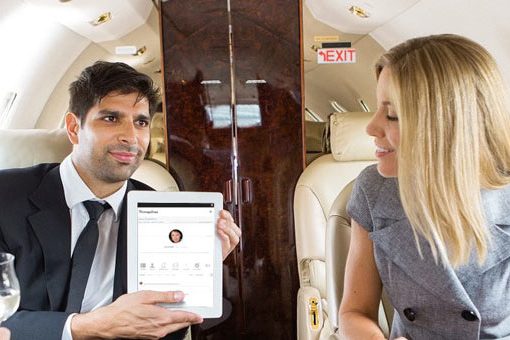 Netropolitan and the Fracturing of Social Media

Do you feel like your Facebook friends just don’t get you? Ever wish your online communities could be a bit more… exclusive? Gated, even? Basically, are you tired of hearing people complain about how poor they are on the Internet?

Well, you’re in luck. For a mere $9,000 buy-in (and $3,000 yearly fee), you can join Netropolitan, a social network launched this week that’s playfully being referred to as a “Facebook for rich people.” While the idea may seem absurd to some, it’s indicative of a trend that’s been growing for years: public desire for smaller social media.

Netropolitan was created by James Touchi-Peters, a composer and former conductor for the Minnesota Philharmonic. According to the LA Times, Touchi-Peters and his associates often felt uncomfortable when posting about certain topics on social media. Apparently, their posts often made them feel negatively judged and were interpreted as “bragging.” Netropolitan will be a place where users can discuss things like new cars and European vacations without enduring a backlash.

According to PC Mag, the mechanics of Netropolitan will be very similar to Facebook, including a profile, “activity” (stream), friends, notifications, followers and locations. Some reports indicate that parts of the platform will be based on old-school message boards. Users also have access to unlimited cloud file storage.

English is the Language of the Rich?

The Netropolitan terms of service state that a user must be 21 years old to join and they must use their real name. Also, all community posts must be in English (I’ll let you feel however you want to feel about that). There will be no business solicitation on Netropolitan and no third-party ads will be run. Members of “The Club” (this is actually how Netropolitan refers to itself) cannot divulge the identities of other members, and the network will not be crawled by search engines. The login screen will be the only part of the site visible to non-members. And of course there are the astronomical membership fees – but that’s kind of the point, isn’t it?

Of course, the description given on the Netropolitan Facebook page is more forgiving. It states, “Netropolitan.club is an exclusive online country club for affluent & busy individuals hungry for a place to communicate with like-minded people.” As of this writing, the page has over 600 likes.

It’s arguable whether or not marketers should try getting involved on Netropolitan. Wealthy clients are a big draw, but the network could be a ghost town in a month. Also, Netropolitan isn’t the first of its kind. The now-defunct Social1000 tried to do the same thing back in 2008 by charging $100 a month.

So, while Netropolitan may seem destined to fail (and very, very silly), it does represent a fracturing that people seem to increasingly desire in social media. If Friendster and MySpace are any indication, users will leave social networks if they don’t like them anymore. And young people are usually the first to go. As their parents and grandparents join Facebook, teens have flocked to things like Snapchat, Vine and WeChat. Snapchat, Vine, and Instagram in particular had more app store downloads than Facebook or Twitter last year. While these apps aren’t necessarily social networks, they do represent a desire to have more intimate connections with fewer people at a time.

The problem seems to be that social networks are getting too big to be “social.” Your photos and statuses must remain acceptable to family, friends, co-workers and whoever else you allow to see your activity. Facebook is great for broadcasting announcements and events to large numbers of people, but that might become it’s only purpose for many. According to some developers, Facebook and Twitter can often just feel like “large auditoriums” where users put on “public performances.” In fact, a company known as Path only allows users to have 150 contacts, which is partly based on Oxford research that indicates a human can only have about 150 meaningful friendships at one time. Despite some pitfalls in its development, the company now has over 20 million users. So while Facebook and Twitter aren’t going anywhere anytime soon, smaller networks, even as ridiculous as Netropolitan, might actually be the future of social.