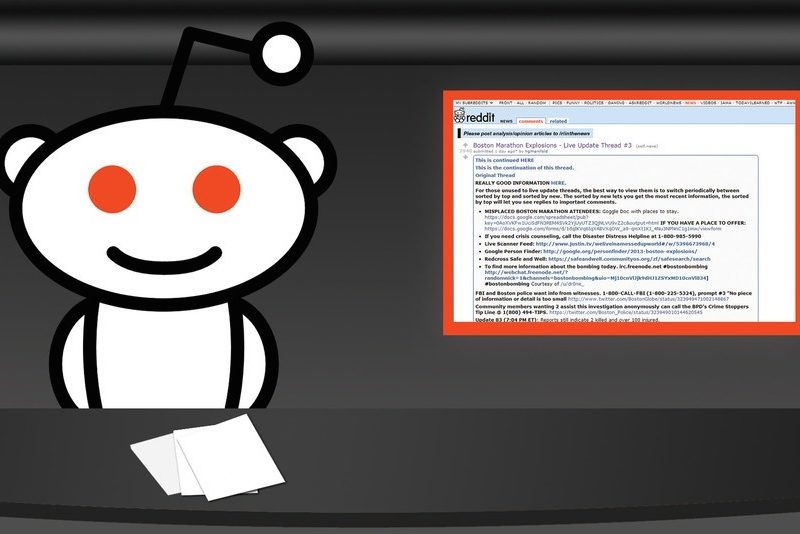 Where’s the Debate Over Reddit’s Inclusion In Google News?

Forget everything you know about Google for a second and just ask yourself this: what is Google’s core purpose when it comes to search? Many would agree that, at its most basic level, Google’s job is simply to help users find information that is most relevant to their queries.

But pages that Google lists as “news” sources should be more authoritative than typical search results, right? Even Google’s own guidelines for getting listed in Google News are pretty lofty. However, with the recent inclusion of sites like Reddit and Twitter, it looks like the search giant might be contradicting itself.

Google’s New “In The News” Box

Earlier this week, Search Engine Land broke the news that user-generated news site Reddit, sometimes known as the “front page of the Internet,” would be included in Google’s new “In The News” box within search engine results. The new box differs from Google’s “News for [search term]” feature in that it doesn’t necessarily pull from approved Google News sources. As was later pointed out by Barry Schwartz, these “In The News” results can contain articles from social sources such as YouTube and Twitter as well. Why the change? Well, according to Google, “We are always working to give our users the best possible answer to their question. That might come in the form of a video, a press release, a blog, a photo, a social media post or a news article.”

This is not to imply that real news cannot come from places like Reddit, but the examples of “In The News” search results have so far been underwhelming. A Google search for “Dunkin’ Donuts,” for example, returned a Reddit post called “My girlfriend ordered a Halloween pumpkin donut from Dunkin’ Donuts. It was not quite as advertised.” The post itself is funny, but should we really be labeling this as news? It seems that even Google is conflicted about it, as sites like Reddit and Twitter will only show up in the “In The News” box in the SERPs – not in the actual Google News section.

Is Google News Just Giving the People What They Want?

Let’s go back to the “what does Google do” question. If a social media post really is the most relevant “news” for a searcher’s query, isn’t Google just doing their job? Probably, especially when considering that one-third of Americans get their news from Facebook anyway. However, considering Google’s influence – they’re up to about 3.3 billion searches a day – Google must realize that they play a large role in defining what “news” is. That’s a huge responsibility. News published by a respected, authoritative source being placed alongside a comical Reddit post can change our perception of news entirely.

But it’s not all Google’s fault. The relationship between news and entertainment is a gray area that’s been getting grayer and grayer over the years. We’ve known for a long time that young people increasingly look to Comedy Central personalities like Jon Stewart and Stephen Colbert to get their news. Also, the popularity of click-bait has led even the most respected news institutions such as TIME to succumb to headlines like “One Stat to Destroy Your Faith in Humanity.” The article that follows it certainly isn’t bad, but it’s as if TIME feels the need to “trick” people into reading it by employing a well-known social media strategy used by countless entertainment sources.

A Debate Worth Having

This isn’t meant to sound like the sky is falling. Journalism changes and adapts to new formats all the time, and there will always be places to get real, authoritative news in the U.S. But Google’s new policy should at least make us think about how we define news. Everything from trifling gossip about your upstairs neighbor to the state of the Ebola outbreak can be considered news, but when you’re searching for information about the TSA and Google returns a Reddit post called “F–k you TSA : WTF” as news, doesn’t it undermine professional journalism and content creation just a little bit? (The Reddit post can be found here – you can decide whether or not it’s news).

On the other hand, Google could just be following Kurt Loder’s philosophy that “news is anything that’s interesting.” Also, maybe Google users really do want some personal stories as “color” when searching for news about the TSA. Either way, this small change in Google News represents just how much power and reach the company has – even their most subtle alterations can have profound implications for how we define important elements of our culture.