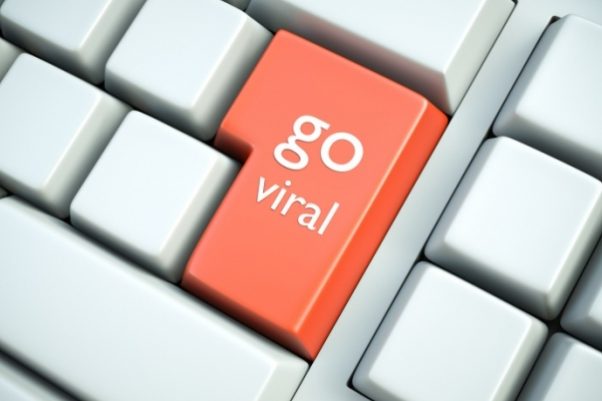 Evergreen vs. Viral Content: Which Is More Effective For Your Brand?

Every content marketer’s first priority is developing high-quality content. But secretly, all content writers want their pieces to go viral too. Wouldn’t it be nice to write a blog post or create a video that gets tons of views, likes and shares right away, causing thousands of people to visit and convert on your site?

Of course, you don’t want to be a flash-in-the-pan either. Maybe the better strategy would be to create long-lasting, valuable evergreen content that gets a steady stream of traffic over time. Which strategy works better?

While many videos and articles have become immensely popular without really trying, the reality is that creating viral content is not easy. Consider the case of Darlena Cunha, a blogger whose piece about driving a Mercedes to pick up food stamps has become the most read article in the history of the Washington Post. The success wasn’t easy though – the piece was rejected by tons of different outlets (including the Washington Post itself) for months before it finally became noticed on the Washington Post’s PostEverything section.

Just as she was about to give up blogging altogether, the piece paid off big. Within days, Cunha’s article was picked up by all sorts of publishers including the New York Times and Yahoo. Celebrities such as Amy Poehler and Rachel Maddow shared it. She even had literary and television agents calling her. Any content marketer, blogger or copy writer would love to get this kind of reaction to their work. When compared to evergreen content, which typically doesn’t “blowup” in this way, going viral seems much more preferable. To many, it’s the holy grail of content marketing.

Big brands are trying to harness this power, too. Consider this famous “Piano Stairs” video which now has over 21 million views on YouTube:

It’s a fun video with a twist that most people don’t see coming: it ends up essentially being an ad for Volkswagen. So what do piano stairs have to do with German cars? Well, nothing really. But that’s the interesting thing about viral content: while it might seem as though a video that has nothing to do with your brand could get tons of views but no conversions, that’s not always the case – at least according to Volkswagen. Also, don’t forget about all the links, press, traffic, comments, domain authority and general SEO benefits that the video no doubt provided.

So if viral marketing is so great, why wouldn’t brands spend most of their time trying to go viral? Well, there are two glaring problems with it:

Nothing in marketing is a guarantee, of course, but consider what’s more likely to get continued traffic over time: a viral blog post about the outcome of the 2014 mid-term elections or an excellent, definitive guide showing how to properly re-string a guitar? Both types of content will require a lot of promotion to get noticed, but the first is likely to become obsolete much, much faster. Also, with so much viral content depending on current events for relevancy, it’s getting more and more complicated and difficult to stay competitive when using topical subjects for exposure. Though the evergreen guitar content probably won’t get tons of traffic, it’s possible that it could get targeted traffic and links for years to come. Not to mention, the content could be repurposed and reformatted to continue paying off in may different ways.

The other problem with viral content is that it’s much more difficult to control if it actually does go viral. Consider the McDonald’s Twitter campaign where they tried to get Twitter users to use the hashtag #McDStories to tweet about positive McDonald’s experiences. Instead of good-natured tweets, however, the hashtag was overwhelmingly used to spread negative comments about McDonald’s and its food. Within an hour, McDonald’s marketers scrambled to control the damage. Perhaps the fast food giant could have benefited more from publishing an evergreen piece about a true, inspirational customer story.

So Which Should You Use?

The short answer is that it depends on your business. If you make most of your revenue through ads, you might want to focus your energy on viral content. Sites like Buzzfeed and Upworthy have created entire business models out of going viral. Also, if your business coincides with content that often goes viral already, it may be worth a try (just imagine if viral animal video aggregator Paw My Gosh sold pet products).

People often say that viral content should arouse emotion, beg to be shared, offer practical and useful information, and be positive rather than negative. If you can find a way to create content of this type that could also send targeted users to your site and encourage conversions, you’ll have unlocked the incredible power of viral content.

For many businesses, however, creating excellent evergreen content that’s better than the competition’s will have a much higher chance of getting people to your site who are ready to convert. Again, though the overall traffic numbers may be lower, the payoff might be greater over time. Of course, businesses can try doing both. You may even be able to come up with viral content that is also evergreen. Whatever path you decide to take, however, the key is to spend the requisite time on your campaign. Especially with viral content, ideation is essential. Get the idea just right before executing. If you’re going to create evergreen content, make sure it truly fills an information gap in your niche or that it’s better than competing content. Half-hearted attempts at either strategy probably won’t get any results. Then, if Darlena Cunha taught us anything, don’t give up on promoting your content if you know it’s good.