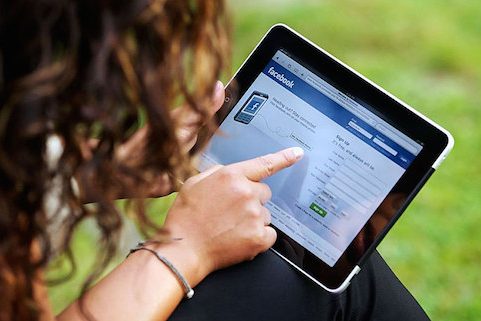 Is It Time to Start Addressing Content Blindness on Social Media?

A relatively new idea in the content world involves the notion that content marketing will become less and less sustainable for businesses as the amount of content on the internet continues to grow. Respected business consultant Mark Schaefer called the idea content shock last year, and it’s been widely discussed ever since.

While not everyone agrees that content shock is actually something to be worried about, the results of a recent study certainly aren’t encouraging. Basically, readers are adapting to the huge amount of available content by tuning out sponsored posts on social media.

The idea of content shock is perhaps most currently visible on Facebook. The social network’s News Feed algorithm must already sift through hundreds of potential posts to display only the ones deemed most interesting to a user. According to Facebook, a user’s News Feed typically displays around 300 posts out of the over 1,500 that could be presented at any given time. This is one of the biggest reasons why brands have seen their organic reach decline to almost nothing. The next logical step for businesses who find value in Facebook marketing is to pay for ads or to boost posts with quality content. Unfortunately, this strategy is not without its problems as well. Fake likes and profiles have many people questioning the legitimacy of Facebook ads altogether.

Now, a new study conducted by Havas Media is introducing the concept of content blindness on Facebook. Researchers used facial coding technology to assess Facebook users’ emotional responses to different types of content. Overall, it was found that just 20 percent of all Facebook posts elicited some sort of response from users. Not a single paid ad received an emotional response. According to a Havas Media representative, brands would do well to create content that is more amusing, shocking, cute or offensive to avoid content blindness. Research has indicted that content with this increased “intensity” tends to perform better.

Is Intensity The Solution?

Every content marketer knows that intensity, whether its humor or shock value, can allow a piece of content to get a lot of attention. However, content like this is simply not appropriate all of the time or for every brand. So the real question becomes whether or not it’s worthwhile for a company to continue advertising on Facebook when users are more easily noticing paid content and are more wary of being sold to. The only way to answer that is to continue monitoring, tracking and adjusting your Facebook advertising campaign while pairing it with quality content. If it’s simply not allowing you to meet your goals after some time, it’s perfectly acceptable to ditch Facebook and explore other marketing avenues.

It’s not all doom and gloom though – paid services on Facebook can get you plenty of attention. At the very least, they’re more effective than other advertising options. For example, banner ads, another type of advertising that people have learned to ignore, only get an average clickthrough rate of about 0.1 percent. You don’t have to succumb to boosting clickbait posts to see higher clickthrough rates than that on Facebook.

So what do you think? Is content blindness a serious problem that’s part of an overall content glut on the internet? Or will there always be ways to make social media marketing and native advertising worthwhile?